By combining 25 years of satellite data, scientists have discovered that warming ocean waters have caused the ice to thin so rapidly that 24% of the glacier ice in West Antarctica is now affected.

Antarctic ice loss 1992–2019. You can see that, according to satellite data, Earth’s southernmost continent is losing ice at a faster and faster rate. Image via ESA.

A new study combining 25 years of satellite data says that warming ocean waters have caused ice to thin so rapidly that 24 percent of the glacier ice in West Antarctica is now affected.

The study, published May 16, 2019, in Geophysical Research Letters used over 800 million measurements of Antarctic ice sheet height recorded by satellite missions between 1992 and 2017, as well as climate model simulations of snowfall over the same period. Together, said the researchers, these measurements allow changes in ice-sheet height to be separated into those caused by weather events – which affect snow – and those caused by longer-term changes in climate, which affect ice. 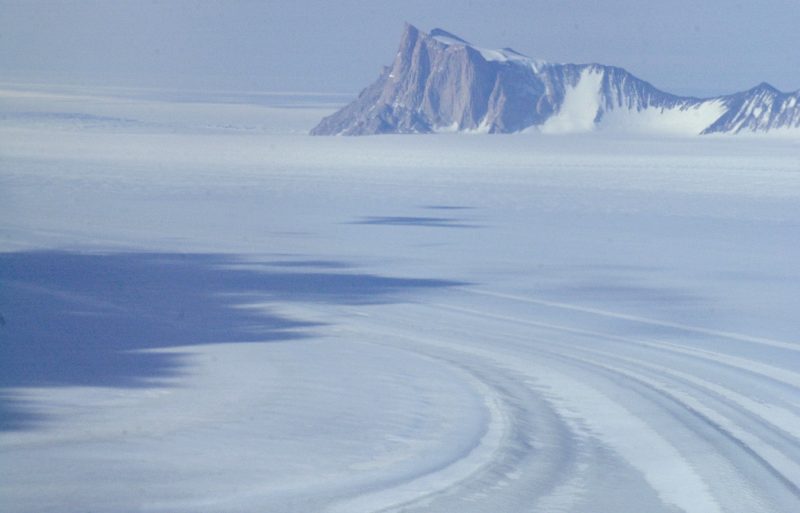 The West Antarctic ice sheet rests on a bed well below sea level and is drained by much larger outlet glaciers and ice streams that accelerate over distances of hundreds of kilometers before reaching the ocean, often through large floating ice shelves. Image via NASA.

The results indicate that the ice sheet has thinned by up to 400 feet (122 meters) in places, with the most rapid changes occurring in West Antarctica where ocean melting has triggered glacier imbalance.

Andy Shepherd is Director of the U.K. Centre for Polar Observation and Modelling and lead author of the study. He said in a statement:

We can see clearly now that a wave of thinning has spread rapidly across some of Antarctica’s most vulnerable glaciers, and their losses are driving up sea levels around the planet.

The scientists found that fluctuations in snowfall tend to drive small changes in height over large areas for a few years at a time, whereas the most pronounced changes in ice thickness coincide with signals of glacier imbalance that have persisted for decades. Shepherd said:

After 25 years, the pattern of glacier thinning has spread across 24 percent of West Antarctica, and its largest ice streams – the Pine Island and Thwaites Glaciers – are now losing ice five times faster than they were in the 1990s.

Altogether, ice losses from East and West Antarctica have added 4.6 mm [.2 in] of water to global sea level since 1992.

Bottom line: A new study says that a quarter (24 percent) of the glacier ice in West Antarctica is now unstable.