How to watch Shark Week

This is a week of dueling shark-athons on television. A biologist advises viewers to take what they see with a large grain of sea salt. 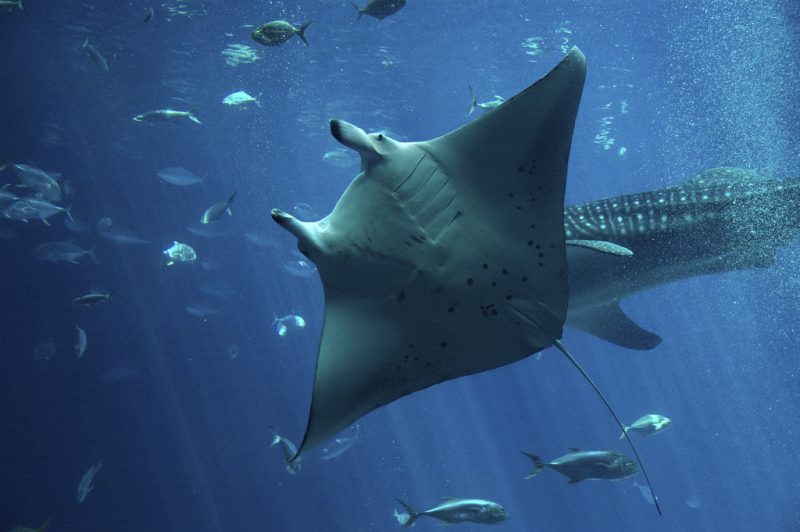 Hey, what about us? Whale shark (spotted) and manta ray, a close shark relative. Image via Justin Henry/Flickr.

By George Burgess, University of Florida

Just when you thought it was safe to turn on your television, the Discovery Channel’s “Shark Week” and National Geographic Wild’s “SharkFest” are hitting the air with competing daily programming.

As director of the Florida Program for Shark Research and curator of the International Shark Attack File, I offer the advice to viewers to cast a jaundiced eye on each episode’s title and premise. Remember, TV show titles and preview teases are constructed to hook an audience.

And they do. Although many of today’s shark shows depict sharks in a more level-headed way than in the past, the networks just can’t seem to put certain stereotypes to rest. But if you want to know more than whether sharks can outswim Michael Phelps, there are ways to watch smartly.

Here are some flagrant characterizations of sharks that viewers are likely to hear, and alternative phrasings that are more measured and scientifically accurate:

Another question to consider as you read or listen to the tease for a show is whether or not the featured “marine biologist” or “shark expert” really is one. A quick search on the internet for academic or laboratory affiliation and scientific publications should let you know if you’re watching a practicing biologist or a shark groupie. Then you can decide how seriously to take what you’re hearing.

If a “biological study” or “research” is legitimate, it should be asking a genuine scientific question by testing a well-considered hypothesis. Watching a shark chase a towed neoprene decoy shaped like a seal until it breaches the water is not scientific research.

White sharks – scientists don’t usually insert “great” – always are prominently featured on these shows, and we can expect more of the traditional emphasis on the “terror” associated with this “savage, man-eating, deadly killing machine.” The real news is that white shark populations on both coasts of the United States appear to be on the rise, and that’s good.

This slow growth toward recovery comes primarily from governmental restrictions on killing white sharks and protection of their preferred food items. White sharks have been listed as a prohibited species for two decades by the National Marine Fisheries Service, which has essentially eliminated all human-induced mortality of the largest of the predatory sharks in U.S. waters.

Perhaps even more importantly, the Marine Mammal Protection Act of 1972 has safeguarded seals, sea lions, dolphins and whales – an adult white shark’s favorite food items – which has allowed these equally vulnerable species gradually to return to normalcy. Score one for the good guys. 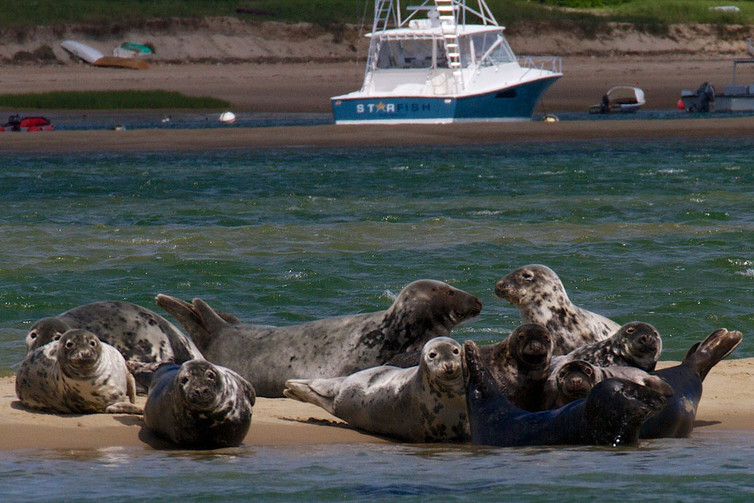 With these increases, there are more opportunities for sharks and marine mammals to interact with humans. Conflicts are bound to occur, and they do. Some are minor, such as seals defecating on boats and docks. Others, such as increased sightings of white sharks off our bathing beaches, are more significant.

We can logically predict that the latter trend will lead to more bites in the future, although on a per-capita basis one’s odds of being attacked likely will not change much, because both parties’ populations are growing. However, knowing about this trend allows humans to figure out ways to stay safe as we jockey with sharks for the same space. Of course, that aquatic environment belongs to sharks and seals, so we’re the species that will have to adapt.

One topic that the shark shows are unlikely to cover is the relationship between killer whales, or orcas, and white sharks. Although shark biologists like myself often refer to sharks as apex predators, the real top of the food chain truthfully belongs to orcas. (An argument can be made that sperm whales are ahead of sharks as well.)

In the last several months we have seen dead adult white sharks wash ashore in South Africa. Scientific examination of the carcasses reveal they had died from orca attacks to their bellies, and that their oil-rich livers often were missing. A similar attack by an orca on a white shark was witnessed in 1997 off California. The orca was seen apparently playing with the liver, pushing it up and down the water column, after the attack. Orcas also have been known to attack tiger sharks, mantas and stingrays.

In 1997, just off the Farallon Islands, a group of whale watchers watch an orca prey upon a great white shark.

Watching this year’s “Sharkathon,” it’s easy to think that all sharks are apex predators, but that is far from the truth. Some sharks drop farther down the food chain and occupy the middle of the pack as “meso-predators.” Plankton-eating specialists, such as whale, basking and megamouth sharks, fall even lower.

Mantas, stingrays, skates and sawfishes, collectively called batoids, are close relatives of the sharks. They share a cartilaginous skeleton – that is, one with no bones, just cartilage – and gill slits (usually five). Most batoids have pancaked shark bodies that look like cartoon characters that met a steamroller. Their paired pectoral fins form wing-like structures along the body starting at or near the head.

By contrast, most sharks are more cylindrical in cross section and have traditional-shaped pectoral fins that are placed just behind the head and emerge from shorter bases. Most batoids have small teeth designed for crushing food items, while most sharks have larger, pointed teeth that are capable of shearing or impaling prey. The gill slits of sharks lie on the sides of the head, while those of batoids are located on the bottom of the head. 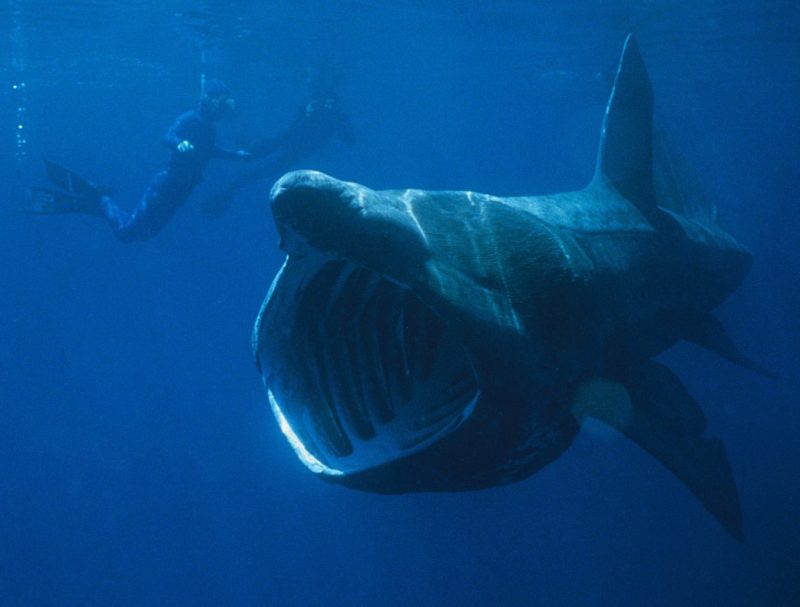 Basking sharks can grow up to 32 feet long, but are slow-moving filter feeders that pose no threat to humans. Image via Chris Gotschalk/Wikimedia.

The most important takeaway from “Sharkathon” television is that these shows are primarily entertainment viewing. They often are far closer to reality TV than to traditional documentaries, and most episodes wouldn’t make it as scientifically rigorous documentaries. This makes it important to take some of the content with a grain of (sea) salt, until you can do a bit of post-view fact checking. Enjoy them, but don’t fall for them hook, line and sinker.