Watch giant pandas Mei Xiang and Tian Tian sliding and rolling around in snow in their habitat at Smithsonian’s National Zoo in Washington in this video.

Happy snow day! This video from Smithsonian’s National Zoo captures giant pandas Mei Xiang and Tian Tian sliding and rolling around in their zoo habitat in Washington, D.C. The area received several inches of snow this past weekend (January 30-31, 2021).

Mei Xiang and Tian Tian’s five-month-old cub, Xiao Qi Ji, didn’t join the fun. Although his parents embraced the city’s first major snowfall of 2021, Xiao Qi Ji wasn’t so sure about the cold white stuff. According to the zoo, he only spent five minutes outside, but was “very interested,” and “took a little nip” at the snow. 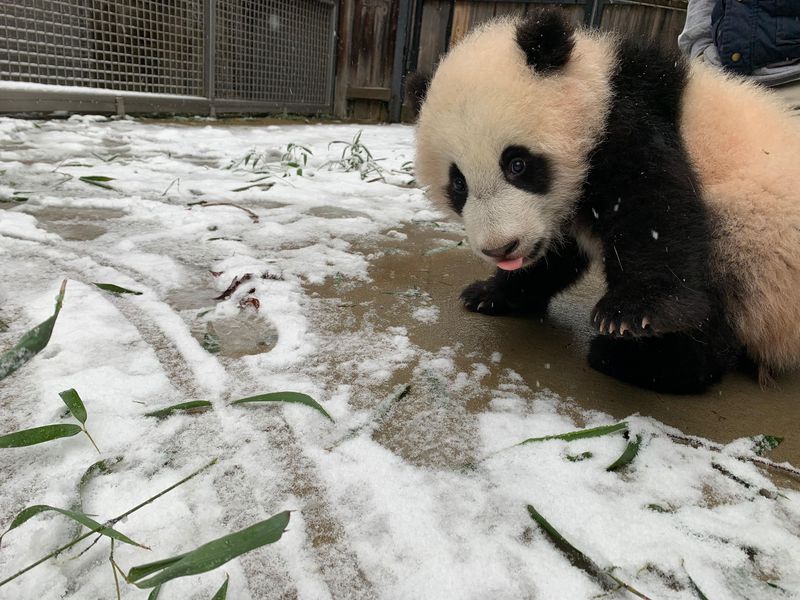 Panda cub Xiao Qi Ji experiences snow for the first time just beyond his indoor exhibit on Sunday. Though he did not venture further, his parents Mei Xiang and Tian Tian played around outside. Image via The National Zoo and Conservation Biology Institute.

The mountain temperatures of giant pandas’ native habitat are similar to winter temperatures in Washington, so it’s not surprising to see the National Zoo’s pandas out and active during the winter season.

Want to keep up with the pandas? The zoo has four webcams continuously streaming – the giant pandas, lions, elephants, and naked mole rats. 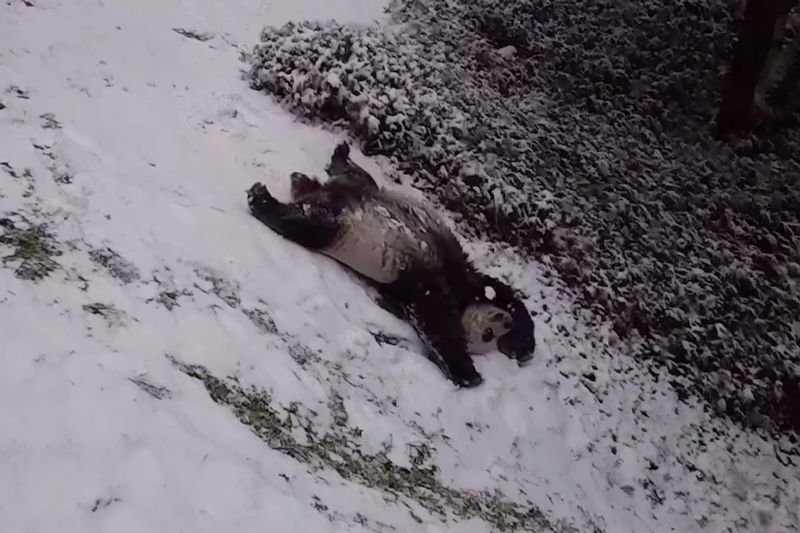 Bottom line: Video of giant pandas sliding and playing in the snow.