Before and after satellite images of the March 22 landslide near Oso, Washington 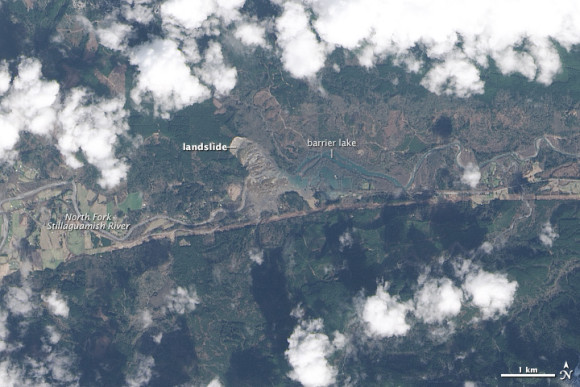 On March 22, 2014, a rainfall-triggered landslide near Oso, Washington, sent muddy debris spilling across the North Fork of the Stillaguamish River. The debris swamped numerous homes, resulting in the deaths of at least 24 people, according to news reports. As of March 25, dozens of people were still missing. The landslide created an earthen dam that blocked the river, causing a barrier lake to form. The Landsat 8 satellite acquired the above image of landslide debris and the barrier lake on March 23.

Here’s what the area looked like before the landslide, in an image of the same area on January 18. 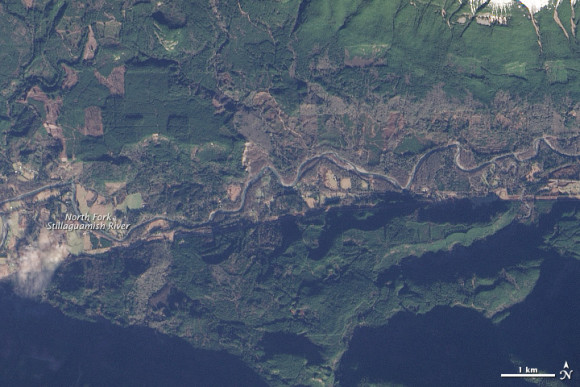 Here are a couple of aerial photos of the same area, originally published by the office of Washington State Governor Jay Inslee, taken during an aerial survey on the same day that Landsat 8 acquired its image (March 23) 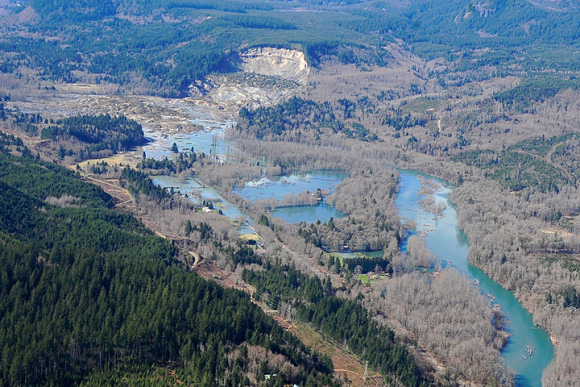 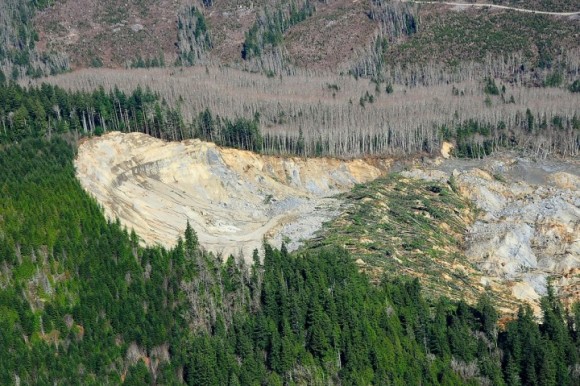 According to Durham University geologist Dave Petley, the landslide was a reactivation of an earlier landslide that caused problems in 1988 and 2006. The Seattle Times has reported that retired US. Geological Survey geologist Daniel Miller warned the hillside had the “potential for a large catastrophic failure” in a report filed with U.S. Corp of Engineers in 1999.

Bottom line: NASA satellite images show the area around Oso, Washington before and after the landslide of March 22, 2014