Watch a 20-second video of Tropical Storm Andrea from June 4 – June 6, a view from space.

This NOAA GOES-East satellite animation shows the development of Tropical Storm Andrea over the course of three days – from June 4 to June 6 – just after Andrea was officially designated a tropical storm.

Tropical Storm Andrea, the first named storm of the 2013 Atlantic hurricane season, made landfall late yesterday afternoon (June 6) along the Big Bend of Florida, according to the National Hurricane Center.

By today, after bringing rains, heavy winds and even tornadoes to parts of Florida, Tropical Storm Andrea had moved quickly across south Georgia and was speeding through the Carolinas, according to AP reports, promising sloppy commutes and waterlogged vacation getaways through the beginning of the weekend.

Here’s an image, taken by NASA’s Terra satellite, of Tropical Storm Andrea on June 5 at 16:25 UTC (12:25 p.m. EDT). Andrea’s clouds had already extended over more than half of Florida. 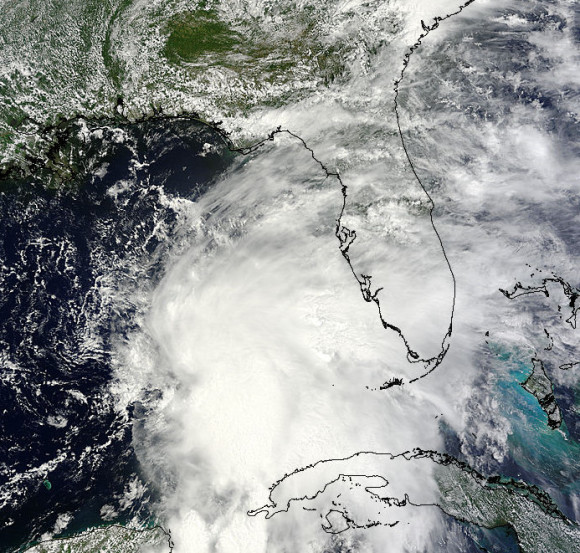