View from space: The Koreas at night

In this ISS astronaut photo of the Korean Peninsula at night, North Korea is almost completely dark compared to neighboring South Korea and China. 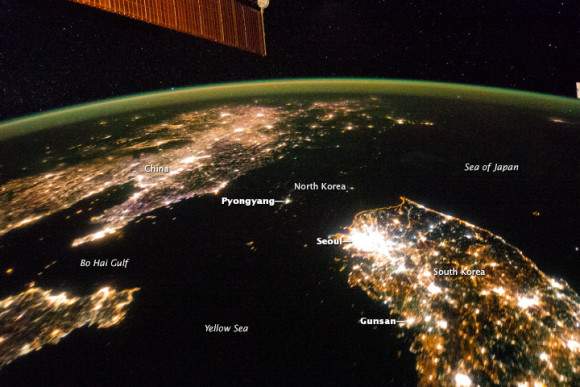 This photo was taken by an astronaut aboard the International Space Station (ISS) as it flew over the Korean Peninsula on January 30, 2014.

In this north-looking view, North Korea is almost completely dark compared to neighboring South Korea and China. The darkened land appears as if it were a patch of water joining the Yellow Sea to the Sea of Japan. Its capital city, Pyongyang, appears like a small island, despite a population of 3.26 million (as of 2008).