Two cool nighttime photos by astronauts aboard the ISS. Check out the bright city lights. 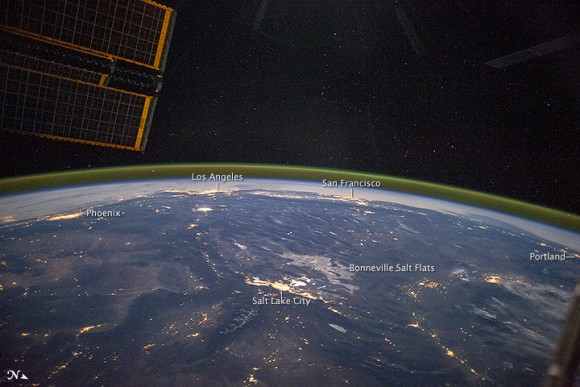 The moonlit panorama above was shot in early October by astronauts on the International Space Station (ISS) as they looked west from a point over Nebraska. You can see a huge swath of the western United States from Phoenix, Arizona, to Portland, Oregon. The largest string of lights in the foreground is the Ogden-Salt Lake City-Provo area of Utah. The Los Angeles and San Francisco metropolitan regions, as well as the cities of the central valley of California (Bakersfield to Redding) stretch across the horizon. A green airglow layer appears over the horizon in night images. 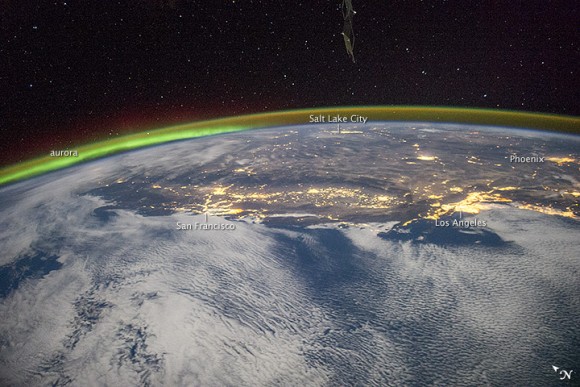 Five days after that westward-looking photo was taken, the astronauts shot the above photo of roughly the same scene in the opposite direction. The night panorama shows Los Angeles, the Central Valley, and the Sierra Nevada in the foreground, with Salt Lake City and a display of green aurora on the horizon.