Typhoons Saola and Damrey as viewed by NASA’s Terra satellite on August 1, 2012.

Simultaneous storms the western Pacific Ocean – Saola and Damrey – as seen by NASA’s Terra satellite. The satellite acquired this image yesterday (August 1, 2012), when both storms had typhoon status. Saola was moving across Taiwan while Damrey skirted southern Japan. Both storms are expected to make landfall in China on August 3. 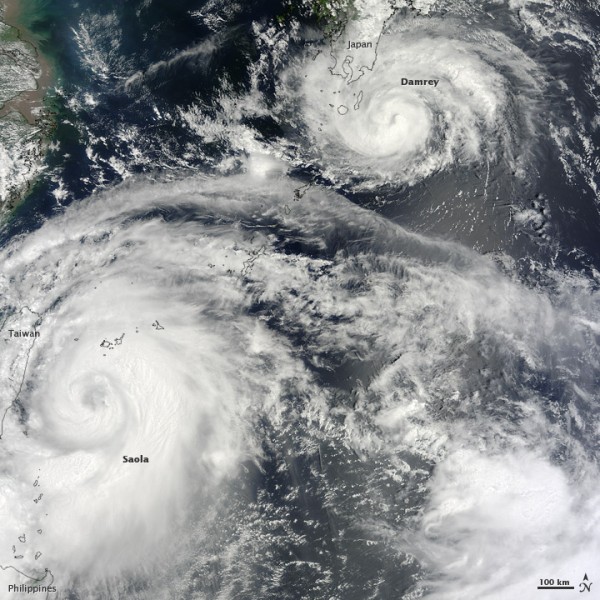