View from space: Severe weather in U.S. East on January 30

In this image from the NOAA GOES-13 satellite, you can see a line of clouds that stretch from Canada to the U.S. Gulf Coast.

A powerful cold front is moving from the central United States to the U.S. East Coast today (January 30, 2013). Temperatures are plunging, and there is a potential for severe thunderstorms. NASA released the image below, using data from NOAA’s GOES-13 satellite. It shows the U.S. East in the throes of winter weather. In this image, you can see a line of clouds that stretch from Canada to the U.S. Gulf Coast. The front is moving east to the Atlantic Ocean. 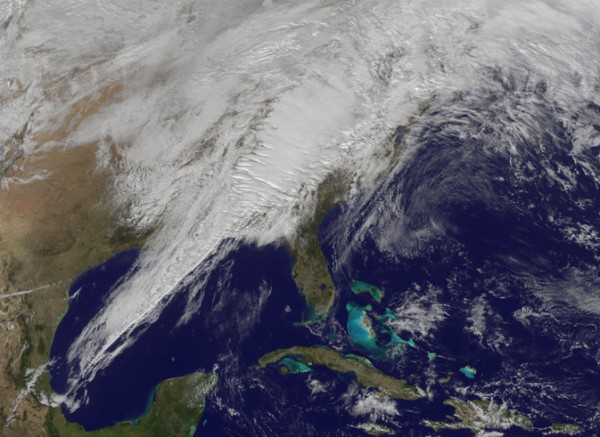 Read what triggered the storms in the U.S. South as the cold front passed through the U.S. East, from EarthSky weather blogger Matt Daniel