As political tensions continue to mount between North and South Korea, a view of these two nations from space. 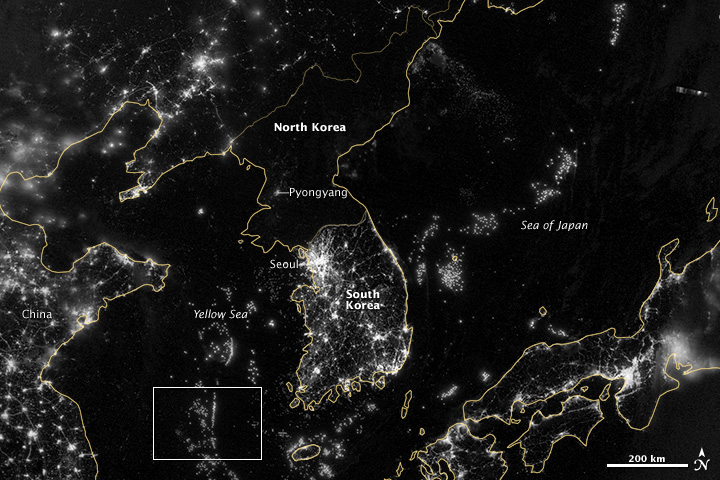 As political tensions continue to mount today (April 5, 2013) between North and South Korea, here’s a view of these two nations from space. This image of North and South Korea – viewed on the night of September 24, 2012 by the Suomi NPP satellite – is from NASA’s Earth Observatory, which wrote:

City lights at night are a fairly reliable indicator of where people live. But this isn’t always the case, and the Korean Peninsula shows why. As of July 2012, South Korea’s population was estimated at roughly 49 million people, and North Korea’s population was estimated at about half that number. But where South Korea is gleaming with city lights, North Korea has hardly any lights at all—just a faint glimmer around Pyongyang.

Bottom line: North and South Korea, viewed at night by an Earth-orbiting satellite.