We live on a world with active volcanoes. Beautiful NASA images from space of recent activity at four of them.

NASA satellites captured activity at four volcanoes in different parts of the world in March, 2013. 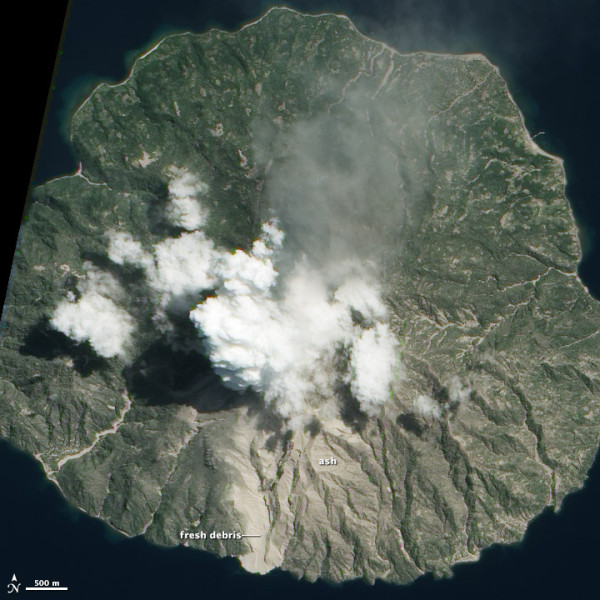 Paluweh Volcano has been erupting since October 2012, and some of the inhabitants on the island on which it’s located recently had to evacuate. This volcano is located on one of Indonesia’s Lesser Sunda Islands, below Southeast Asia and north of Australia. NASA’s Earth Observing-1 satellite captured its image yesterday (March 31, 2013). Read more about Paluweh Volcano’s ongoing eruption here. 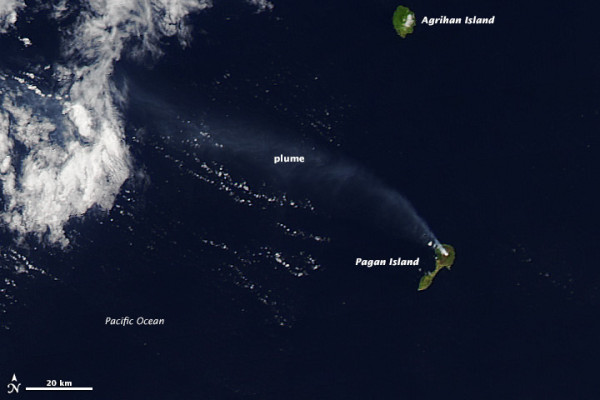 North Pagan Volcano released a thin volcanic plume, likely rich in sulfur dioxide, on March 25, 2013. This volcano is located approximately 320 kilometers (200 miles) north of the island of Saipan, which is slightly north of the equator. North Pagan Volcano has been active nearly continuously since April 2011. NASA’s Aqua satellite captured this image. 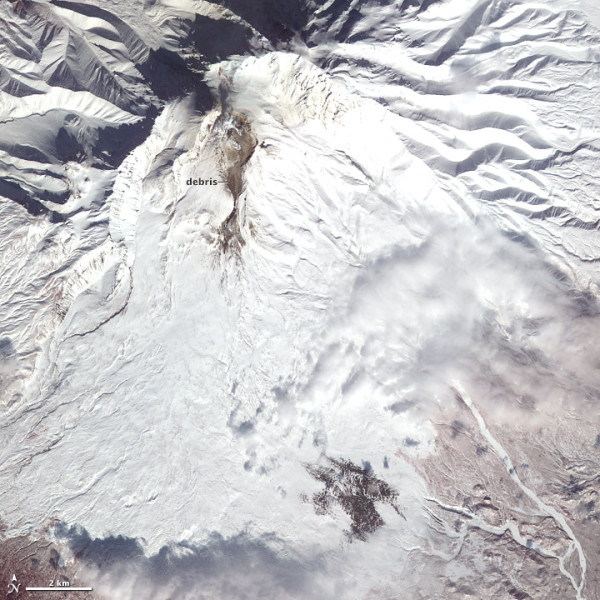 Snow, ash, and debris at Shiveluch Volcano, in Russia, on March 18, 2013. NASA’s Terra satellite captured this image. Read more about this volcano here. 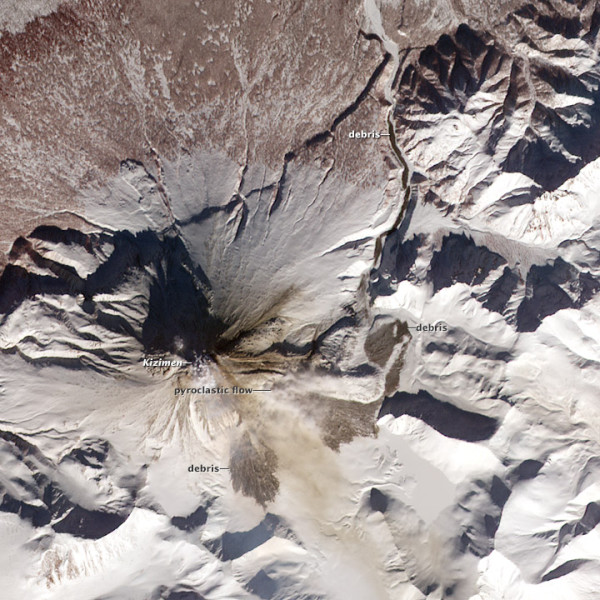 NASA’s Terra satellite captured a debris flow as it cascaded down the eastern flank of Russia’s Kizimen Volcano on March 2, 2013. Read more about activity in March, 2013 at Kizimen Volcano.