Two satellite images show a drier California in January 2014 than a year ago. 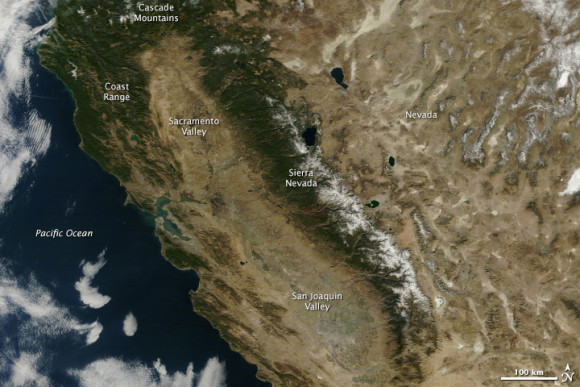 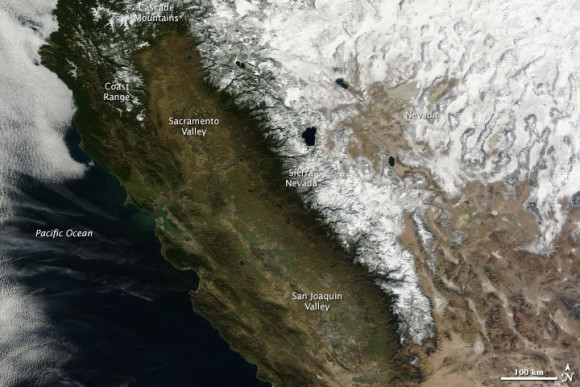 2013 was a dry year for California, but it has nothing on 2014 so far. January is on track to be California’s driest on record, and since the state receives half of its precipitation between December and February, it appears that the 2013-2014 water year could be the driest on record too. With that possibility in view, California governor, Edmund Brown declared a state of emergency on January 17, urging Californians to conserve water.

The most striking difference between the two years is the amount of snow cover on mountains. The Sierra Nevada range has very little snow, and Coast Range and Cascade Mountains are almost completely snow free. California gets a third of its water supply from mountain snow, but with warm, dry weather, little snow has accumulated.

Also notice the condition of the vegetation west of the Sierra Nevada. In 2013, a year into the drought, the central valley was green with growing crops. The coastal hills were also green from winter rain. In 2014, everything west of the forested mountains is brown. Even irrigated agriculture in the center of the state appears to be limited compared to 2013.