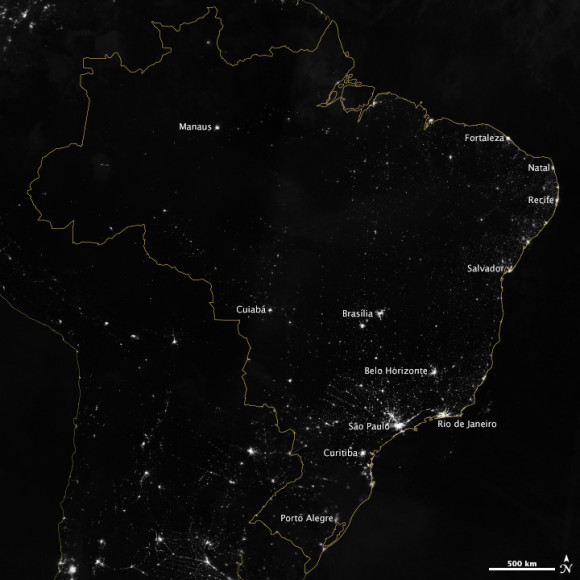 Hey World Cup addicts … Where are all those cities we’re hearing about?

Brazil is big, by the way. It’s the largest country in South America and the fifth largest in the world by area (8.5 million square kilometers). Brazil stretches more than 4,000 kilometers (2500 miles) from north to south and from east to west.