A violent tornado touched down in Arkansas on April 27, 2014, killing as many as 15 people. In an April 28 satellite image, you can see the tornado’s track. Compare it to a satellite image of the same area taken before the tornado. 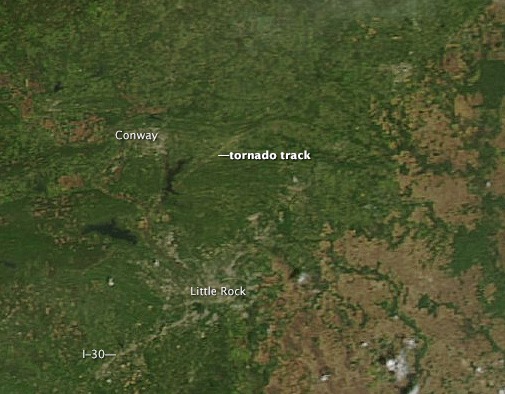 The image above, acquired on April 28 by the Moderate Resolution Imaging Spectroradiometer (MODIS) on NASA’s Aqua satellite, shows what appears to be a tornado track north of Little Rock, Arkansas. The image below, from April 25, two days before the tornado, shows the same area before the storm. The tracks are pale brown trails where trees and plants have been uprooted, leaving disturbed ground. 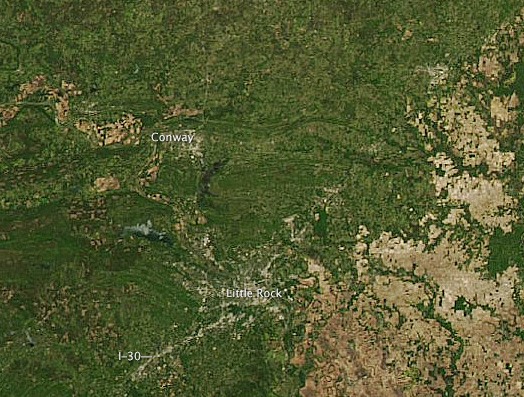