View from space: A cloudy, dusty day in Kuwait

On April 5, 2013, a thick veil of dust spanned hundreds of kilometers, with clouds hovering over the dust, especially over Kuwait. 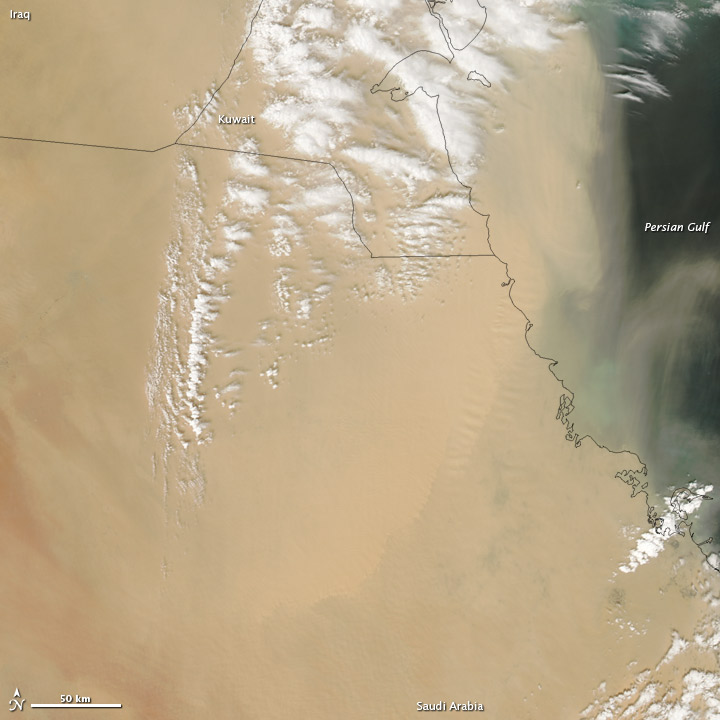 Dust over parts of the Arabian Peninsula and the Persian Gulf on April 5, 2013 via NASA’s Earth Observatory. View larger.

NASA’s Aqua satellite acquired this natural-color image of a thick veil of dust spanning hundreds of kilometers over parts of the Arabian Peninsula and the Persian Gulf on April 5, 2013. Clouds hovered over the dust, especially over Kuwait. According to NASA’s Earth Observatory, which published this image earlier today, dust storms are frequent natural hazards for Iraq, Kuwait, and Saudi Arabia due to fine sediments from dry riverbeds and lakebeds, and sand seas. They said that, today, clouds might have been associated with a weather front stirred the dust. 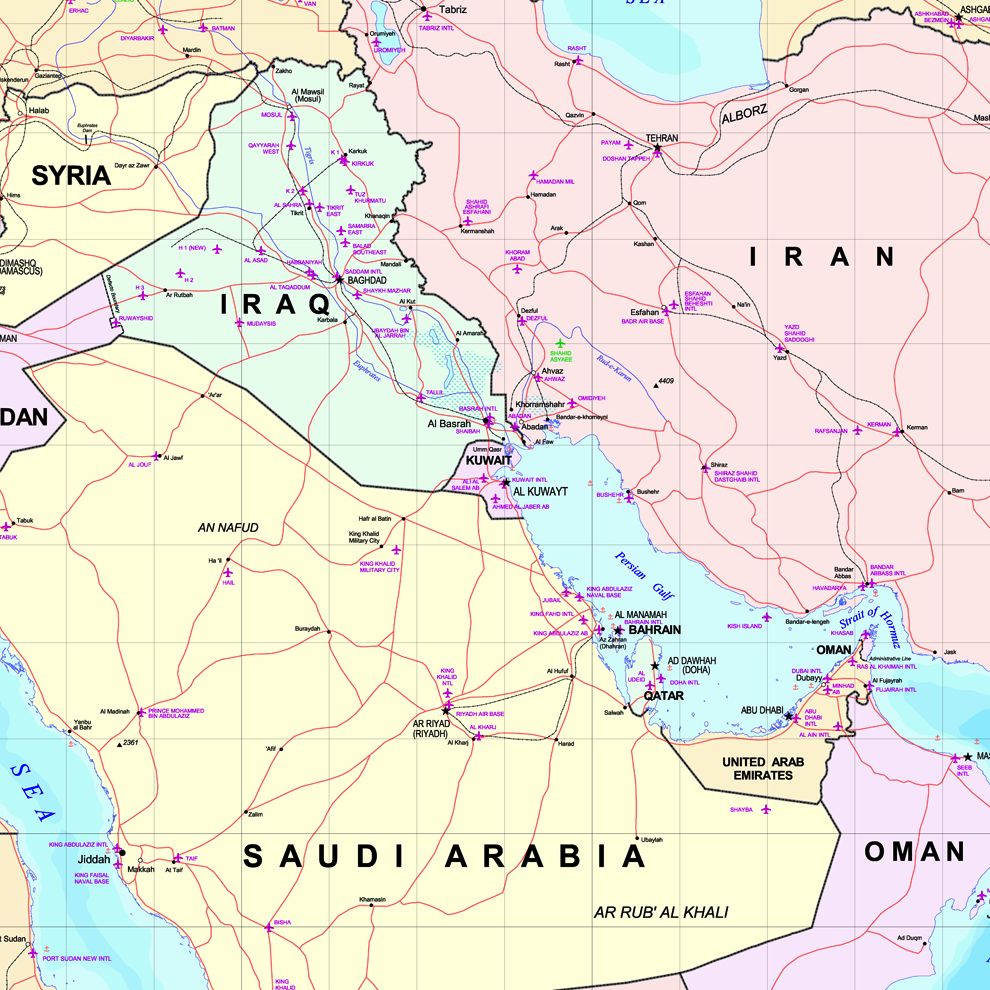 Kuwait is near the center of this map of parts of the Middle East. The Persian Gulf extend down in the lower right quadrant of the map. View larger. Map via Wikimedia Commons.