Video: Too close to a tornado in Australia

Two men got too close to a large tornado that devastated parts of Victoria, Australia on March 21. Never attempt to race a tornado. Warning: video contains vulgar language.

Two men in a car in southeastern Australia captured a large tornado on video on March 21, 2013. The men in this car were too close to this strong tornado, which was responsible for devastating parts of this region. In this video below, you see that the two men suddenly realize the tornado is drawing too close to them. They back up their car and then turned and flee. They are fortunate to still be alive. This footage was taken near New South Wales, Australia. Never attempt to race a tornado. Warning: video contains vulgar language. 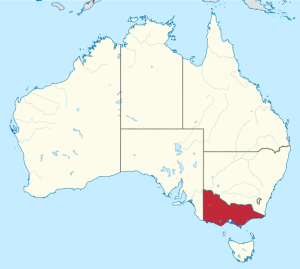 Damage was widespread from the March 21, 2013 tornado in Victoria, Australia in some areas including Koonoomoo and Bundalong.

At least 20 people were injured as storms pushed through northern and eastern part of Victoria.

Damage was widespread in some areas, and it looks like damage consistent of an EF-2 or EF-3 tornado with wind Southern Hemisphere, and tornadoes are not unusual for Australia during this time of the year.

Here is another incredible video of the March 21 tornado, posted by 9 News (Australia). It shows the uprooted trees and damage to homes and other property in Victoria.

Bottom line: Severe storms pushed through parts of southeastern Australia on March 21, 2013. At least 20 people were injured as severe storms tore through parts of New South Wales and Victoria. This post contains a close-up video of the tornado, plus another video showing the extent of the damage.