Mount Bromo is an active volcano and part of the Tengger massif, in East Java, Indonesia. At 2,329 meters it is not the highest peak of the massif, but is the most well known. Mount Bromo’s last eruption was on January 28, 2011.

Photographer Justin Ng filmed this time-lapse video of Mount Bromo between May 26 and June 6, 2012. Here’s what Justin said about the video:

I first visited Mount Bromo in April 2012 for two nights and I was so fascinated by the many possibilities that this amazing landscape can offer and so I decided to revisit Mount Bromo and made my first time-lapse movie there.

My goal was to capture the beautiful Milky Way galaxy and sunrise along with the three volcanoes – namely Mount Bromo, Mount Semeru and Mount Batok.

Fantastic work, Justin. Thanks so much for sharing! 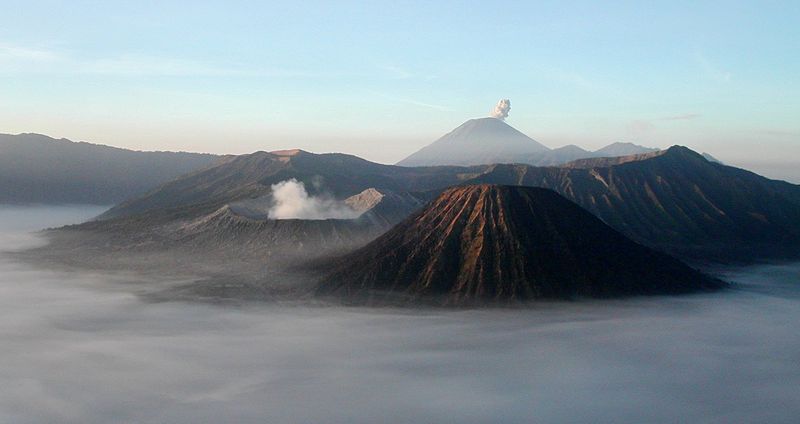 Bottom line: Video of Mount Bromo, an active volcano and part of the Tengger massif, in East Java, Indonesia