How scientists know our seas are rising faster

Sea levels have been rising since the end of the last Ice Age. But, as climate warms, the rate of the rise is accelerating. A new ESA video explains how we know.

The European Space Agency released this video on sea level rise on September 24, 2018. The video explains that – on average, as measured by satellites orbiting Earth – sea level has been rising 3.1 millimeters (0.12 inches) per year over the past 25 years. Melting glaciers and ice sheets, and the thermal expansion of sea water as oceans warm, are mainly responsible for the rise.

The rate of sea level rise has been accelerating in the past five years to nearly 5 millimeters (0.2 inches) per year. Jérôme Benveniste of ESA, who is featured in the video, called this “a strong acceleration.” He said:

Watch the video for more. 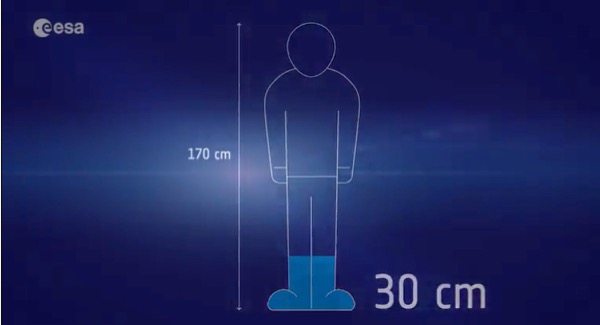 Bottom line: A new ESA video on the rate of increase in sea level rise.