For 105 days, zookeepers monitored Sumatran tiger Melati through hidden cameras installed to keep an eye on her first birth. See the birth on this video.

Sumatran tiger Melati at the London Zoo gave birth to a single Sumatran tiger cub at on September 22, 2013 at 9:22 p.m., following a six-minute labor. The London Zoo caught used a hidden camera to capture video of the birth, which took place six months after the opening of the Zoo’s new tiger territory, designed to encourage endangered Sumatran tigers to breed.

We are simply over-the-moon about the birth of the tiger cub; it’s a momentous occasion for everyone at ZSL London Zoo and a real cause for celebration.

We were nervous about the pregnancy, as it was Melati’s first cub and we didn’t know how she’d react. When it came to her due date, we were all watching our monitors with bated breath.

The actual birth happened very quickly and Melati’s maternal instincts kicked in immediately, as she started licking the cub all over and it soon began wriggling around – we couldn’t have asked for a smoother birth!

It’s still very early days, so we’re leaving Melati alone to take care of her adorable baby, and our cameras allow us to watch them both from a distance – so far she’s proving to be a doting mum. 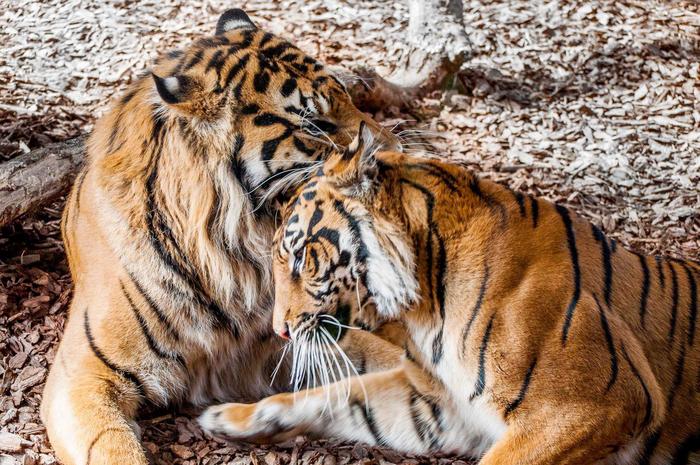 Proud parents, Jae Jae and Melati. The BBC reported that the cub was the product of a “whirlwind romance.” Melati is from Perth, and Jae Jae came from Ohio. When they first saw each other they reportedly made the “sneezy purr” kind of noise that tigers make. Photo via London Zoo. 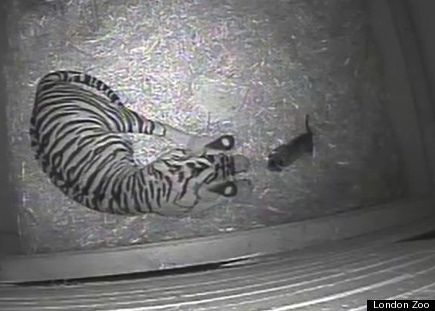 Bottom line: For 105 days, zookeepers at the London Zoo monitored Sumatran tiger Melati through hidden cameras installed to keep an eye on her first birth. A single tiger cub was born on September 22, 2013. Turns out Melati is a doting mum.