How a Venus flytrap knows to snap shut

The Venus flytrap – also known as Dionaea muscipula – is a rare plant that eats small living creatures as prey. Insects and spiders are among its favorite foods. But how does it know when to snap shut?

If you touch a Venus flytrap with a stick, you can probably get it to shut. But your stick won’t fool the plant into completing the process of digestion.

That’s because each Venus flytrap can close only half a dozen times over the course of its lifetime – so a Venus flytrap is particular about what it decides to digest. In fact, the traps have evolved to ensure that only worthwhile prey will trigger digestion.

How does it work? The answer lies in the construction of the plant itself. Every Venus flytrap has delicate hairs on the inside of its flat leaves. These hairs have to be disturbed twice in 20 seconds in order for the plant to close. The trap closes only when an insect or spider crawling along the leaves comes into contact with one or more of the hairs twice in succession.

But even this double stimulus of the hairs on its leaves won’t ensure the process of digestion in a Venus flytrap. Once its outer leaves have closed, the Venus flytrap has to be continuously stimulated by its struggling prey for the digestive process to continue. If there is indeed live prey in the plant, the trap seals around the insect and secretes its digestive juices.

So you might be able to get a Venus flytrap to close around a piece of rubber or a rock. But the plant knows better than to spend time digesting this object.

On the other hand, if a Venus flytrap does successfully absorb its prey, digestion will proceed. In that case, the plant will be open for business again … a few days later.

Venus flytraps are rare in the U.S. In the fall of 2016, American ecologists helped get a petition filed with the U.S. Fish and Wildlife Service Friday seeking emergency Endangered Species Act protection for the Venus flytrap. These plants grow in tough living conditions – sandy, acidic soils that are wet most of the year – in long-leaf pine forests. Frequent fires in these forests act like a dose of fertilizer for these meat-eating plants.

Although Venus flytraps have always had a small geographic range, today only a small percentage of their original habitat remains. They’re found in only two U.S. states, along the coastal plains of North and South Carolina.

Scientists say the key to survival for wild Venus flytraps lies in preserving the last stands of U.S. long-leaf pine forests – and in protecting wetlands – and in prescribing fire when needed.

Experts say you can help, too. They say it’s important not to buy any wild Venus flytrap plant. Buying only those plants grown in greenhouses is the best way to help preserve Venus flytraps. 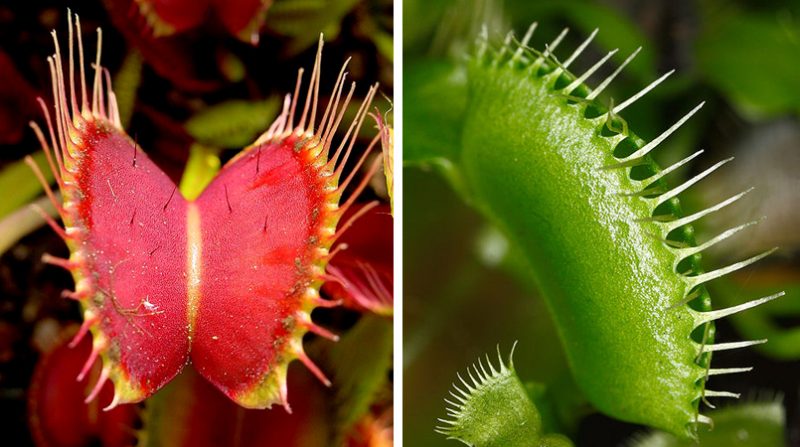 Bottom line: Every Venus flytrap has delicate hairs on the inside of its flat leaves. These hairs have to be disturbed twice in about 20 seconds in order for the plant to close.

More about the Venus flytrap from the U.S. Department of Agriculture Plants Database.