Despite previous studies indicating that Venice is no longer sinking, new measurements indicate the city continues to sink and is also tilting to the east.

The American Geophysical Union reported earlier today (March 20, 2012) that the historic city of Venice, Italy – famous for its canals – continues to sink, according to new measurements, despite previous studies indicating that Venice had stabilized. The city is also tilting slightly to the east.

Yehuda Bock, a research geodesist with Scripps Institution of Oceanography at the University of California, San Diego, in La Jolla, Calif., and the lead author of the new article on the city’s downward drift, said in a press release:

Venice appears to be continuing to subside, at a rate of about 2 millimeters a year. It’s a small effect, but it’s important. 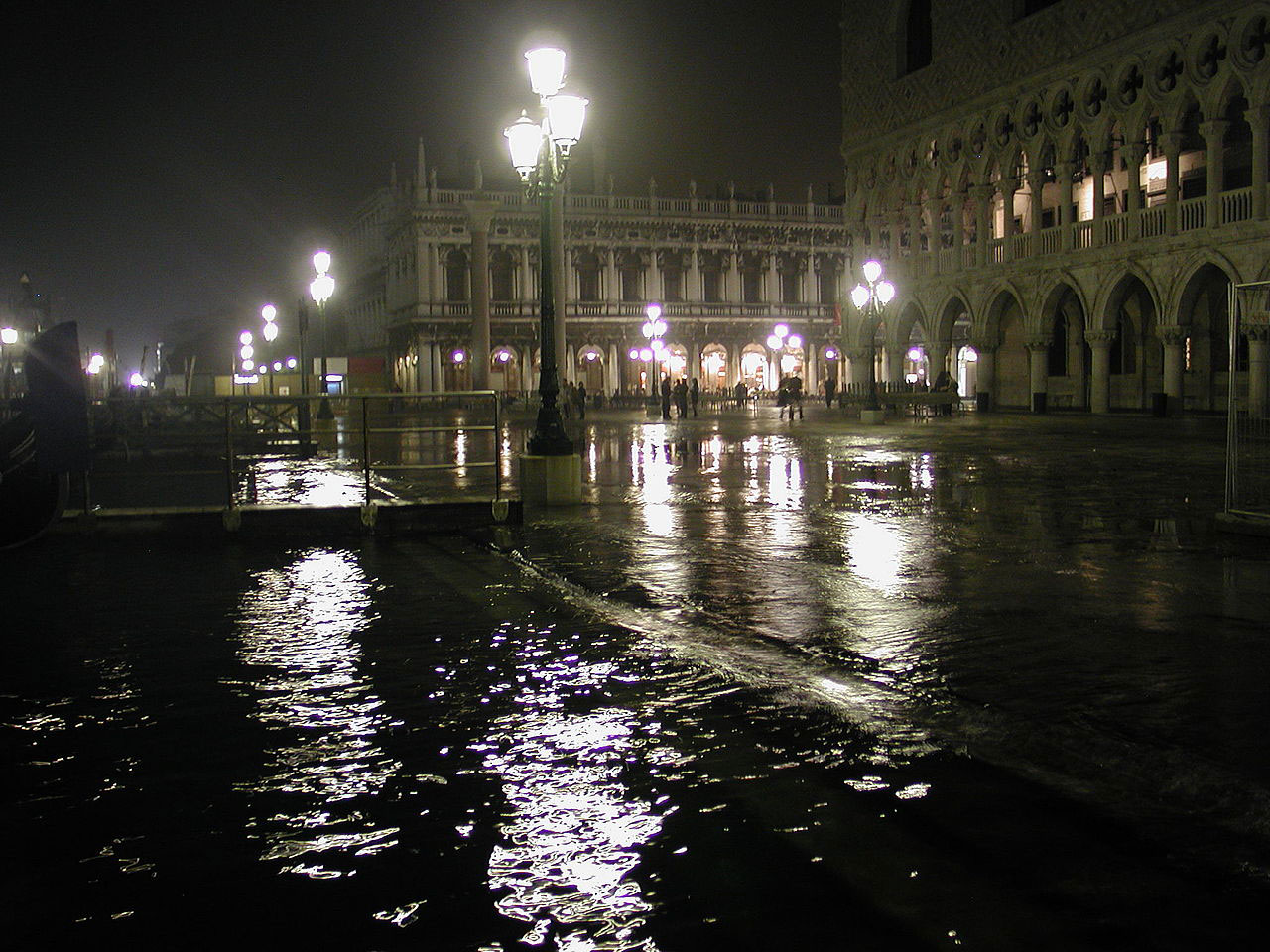 Acqua alta or high waters is the term used in Venice for exceptional tide peaks. Here, high waters flood a piazza in Venice. The water flowing through the famous canals of Venice laps at buildings a little more every year — partly because of a rising sea level – and partly because the city itself is sinking, a new study confirms.

According to these scientists, sea level is rising around Venice at 2mm per year. Thus, they say, the slight subsidence of the ground on which the city sits doubles the rate at which the heights of surrounding waters are increasing relative to the elevation of the city.

They say that, in the next 20 years, if Venice and its immediate surroundings subsided steadily at the current rate, researchers would expect the land to sink up to 80 mm (3.2 inches) in that period of time, relative to the sea.

Bottom line: Despite previous studies indicating that the city of Venice is no longer sinking, new measurements from Scripps Institution of Oceanography at the University of California, San Diego indicate the city continues to sink and is tilting to the east.