Most US wildfires ignited by people

A study reports that 84% of U.S. wildfires between 1992 and 2012 were started by things like discarded cigarettes, unattended campfires, and arson. 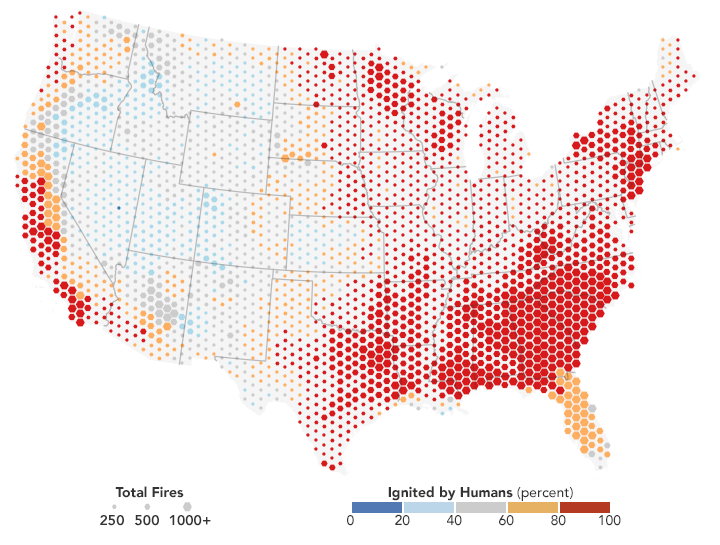 Humans — not lightning — trigger most wildfires in the United States. That’s according to a study published February 27, 2017 in the Proceedings of the National Academy of Sciences. The study reports that, between 1992 and 2012, 84 percent of the blazes that firefighters were called to in the United States were started by humans. Some common ways that people start wildfires, according to a statement from NASA’s Observatory, include:

The study scientists analyzed reports of 1.6 million wildfires from a U.S. Forest Service, and discovered that almost all (80 percent or more) of the fires in central and southern California, the eastern United States, and the temperate rainforests of the Pacific Northwest were caused by humans. In contrast, lightning started the largest percentage of fires in the forests of the Rocky Mountains and the Southwest. In Florida, which is moist but has a great deal of lightning, between 60 and 80 percent of wildfires were caused by people. 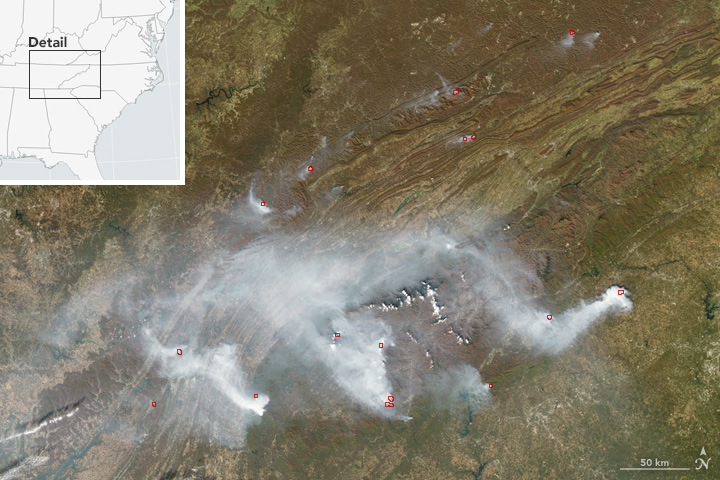 But, according to the study:

Despite the high number of incidents, human-ignited wildfires accounted for just 44 percent of the total area burned because many of them occurred in relatively wet areas and near population centers, where firefighters likely could quickly extinguish the fires before they spread.

The researchers also compared the wildfire reports to other satellite-based measurements of fire activity and found that both human-ignited and lightning-ignited wildfires have grown larger and more severe since 1992.

Bottom line: A February 2017 study in the Proceedings of the National Academy of Sciences reports that 84% of U.S. wildfires between 1992 and 2012 were started by humans.