There are 161 active volcanoes in the United States, more than 1/3 of which have been classified as posing a high threat to nearby communities. A new law aims to improve volcano monitoring. 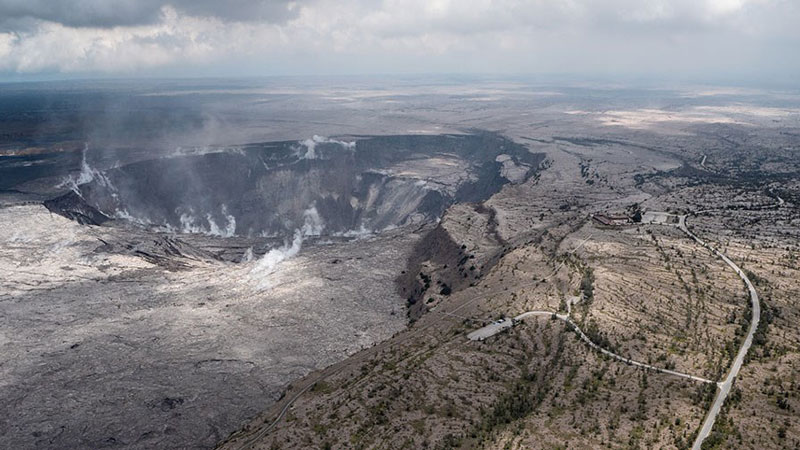 Aerial view of the Halema’uma’u crater within Hawaii’s Kilauea volcano taken from a helicopter on June 18, 2018. Image via U.S. Geological Survey.

There are 161 active volcanoes in the United States, distributed within 12 states and two territories, and more than 1/3 of these have been classified as posing a very high or high threat to nearby communities. To ensure that communities are given adequate warnings in the event of an impending eruption, a new law was enacted on March 12, 2019. This new law, Public Law No. 116-9, aims to improve volcano monitoring at potentially dangerous volcanoes.

Historically, the United States has experienced several damaging volcanic eruptions. In 1980, for example, the eruption at Mount St. Helens in Washington caused 57 deaths and 1.1 billion dollars in damage. More recently, in 2018, a slow eruption at Kilauea in Hawaii destroyed hundreds of homes that were in the path of the lava flow.

Volcanoes are somewhat unique among destructive natural hazards such as earthquakes and tornadoes in that scientists often can make accurate predictions of an eruption well in advance of the event. Thus, evacuations and other protective measures can be taken to minimize the damage. However, such predictions are only possible if monitoring technology is installed at a volcano.

David Applegate, associate director for natural hazards at the U.S. Geological Survey, commented on the new law as it was being proposed to lawmakers during a hearing in 2017. He said:

Unlike many other natural disasters…volcanic eruptions can be predicted well in advance of their occurrence if adequate in-ground instrumentation is in place that allows earliest detection of unrest, providing the time needed to mitigate the worst of their effects.

Clearly, volcano monitoring technology can save lives and is a worthwhile investment.

The new legislation that was finally passed and signed into law on March 12, 2019, will boost the nation’s capacity to respond to volcano-related hazards. Specifically, the new law will create (1) a unified National Volcano Early Warning System (NVEWS), (2) a watch office that will be staffed continuously around the clock, and (3) a grant system for funding volcano monitoring research. 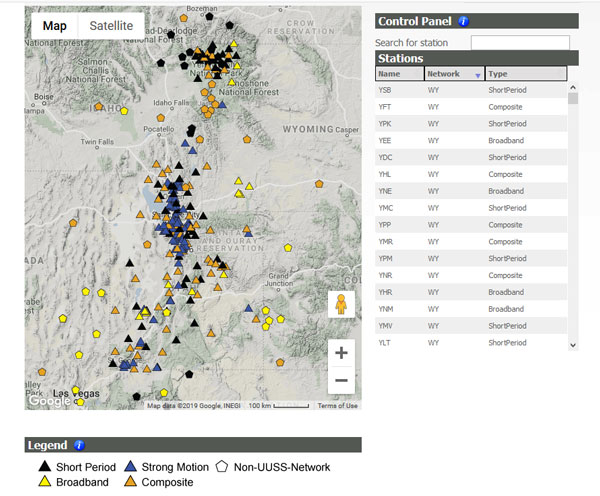 You can access more details about the new initiative in the EOS article published April 23, 2019.