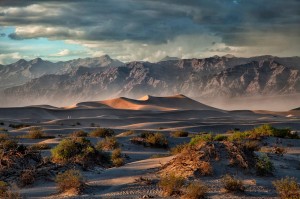 Death Valley National Park never disappoints with 3.4 million acres of desert and mountains — making it the largest national park in the lower 48 states. Donna Fullerton captured this gorgeous view as a storm rolled in, giving more color and contrast to the Grapevine Mountains while churning sand creates the illusion of fog.

Thank you! Your submission has been received!
Oops! Something went wrong while submitting the form.
END_OF_DOCUMENT_TOKEN_TO_BE_REPLACED