Reservoir of molten rock under Yellowstone is 2.5 times bigger than thought

If the Yellowstone supervolcano were to erupt today, it would have major, perhaps catastrophic, consequences.

Yellowstone National Park and the surrounding area in North America is the site of some of the most powerful volcanic eruptions to have ever occurred on Earth. Scientists are trying to understand this supervolcano beneath Yellowstone. Thanks to new seismic sensors that have been installed in this area over the past decade, they now have better tools to visualize what lies beneath the surface. The latest string of research has found that the reservoir of magma – molten or semi-molten rock – under Yellowstone is about 2.5 times bigger than previously thought. This research was published in the journal Geophysical Research Letters on May 9, 2014.

The Yellowstone supervolcano is thought to be relatively young, on a geologic timescale. Scientists believe eruptions occurred 2.1 million, 1.3 million, and 640,000 years ago. The last eruption sent ash across the entire continent we now know as North America and caused changes in the global climate. If the Yellowstone supervolcano were to erupt today, it would have serious consequences. 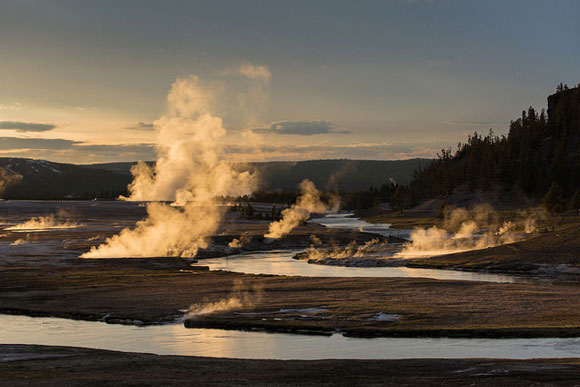 The magma reservoir in Yellowstone sits several kilometers above a hotspot in the mantle, and it captures much of the molten rock that rises to the surface. This molten rock is called “melt.” To visualize the size of the magma reservoir and estimate the amount of melt it contains, scientists used a technique called seismic tomography that measures how fast seismic waves from earthquakes travel through Earth’s crust. Areas where these waves slow down are indicative of warm, partially melted rock.

The scientists analyzed seismic waves from 4,520 earthquakes that occurred in Yellowstone during 1984 to 2011. From these data, they were able to calculate the size of the magma reservoir. It was found to be 90 kilometers (56 miles) long and about 5 to 17 kilometers (3 to 11 miles) deep, which is 2.5 times bigger than earlier estimates. The magma reservoir is believed to be the largest known magma reservoir in the world. 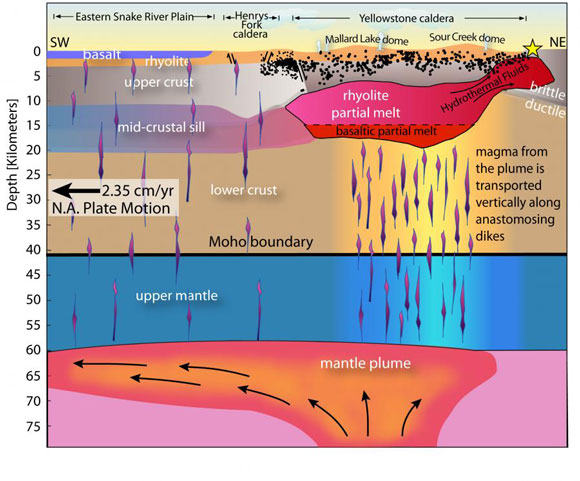 They also found that magma reservoir contained about 5 to 15% melt, which is lower than an earlier estimate of 32% melt. Magma typically does not erupt unless it has high melt contents of 50% or more, according to the U.S. Geological Survey. The scientists are hoping to conduct future studies on the pore structure of the magma reservoir, which would help them to better understand the eruption potential.

Bottom line: New research published in the journal Geophysical Research Letters on May 9, 2014 has found that the magma reservoir beneath Yellowstone is about 2.5 times bigger than original estimates. It is believed to be the largest known magma reservoir in the world.