Researchers identified 12 weather patterns across the region. Over the past 30 years, the 3 patterns bringing rain to the U.S. Southwest became less frequent.

California’s drought in December, 2013. Photo by John Weiss. See this photo on Flickr.

Researchers at the National Center for Atmospheric Research (NCAR) analyzed 35 years of data to learn that wet weather patterns in the U.S. Southwest have become more rare. They say this result in is agreement with global climate models, which project drying for this already-arid region, where drought has been a major issue in recent years. The study was published February 4, 2016 in the journal Geophysical Research Letters. NCAR postdoctoral researcher Andreas Prein, who led the study, said:

A normal year in the Southwest is now drier than it once was. If you have a drought nowadays, it will be more severe because our base state is drier.

The researchers analyzed 35 years of data and identified 12 major weather patterns weather patterns — arrangements of high and low pressure systems that determine whether sunny and clear, or cloudy and wet, weather will prevail. Only three of these patterns are favorable for rain in the U.S. Southwest, they said.

These three patterns involve low pressure centered in the North Pacific just off the coast of Washington, typically during the winter. Between 1979 and 2014, such low-pressure systems formed less and less often, the researchers said.

They said the associated persistent high pressure in that area over recent years is a main driver of the devastating California drought, which many hope will ease in 2016.

The weather types that are becoming more rare are the ones that bring a lot of rain to the southwestern United States. Because only a few weather patterns bring precipitation to the Southwest, those changes have a dramatic impact. 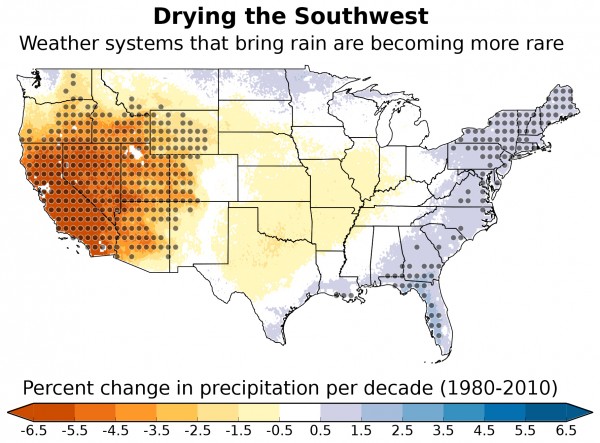 According to these researchers, the study also found:

… an opposite, though smaller, effect in the Northeast, where some of the weather patterns that typically bring moisture to the region are increasing.

The researchers say that climate change is a “plausible explanation” for the observed shift in weather patterns.

But, they say, the study does not prove a connection. Prein explained:

Climate models generally agree that human-caused climate change will push the southwestern United States to become drier. And in recent years, the region has been stricken by drought.

But linking model predictions to changes on the ground is challenging.

Read more about this study from the NCAR

Read more about impacts of the California drought from USGS 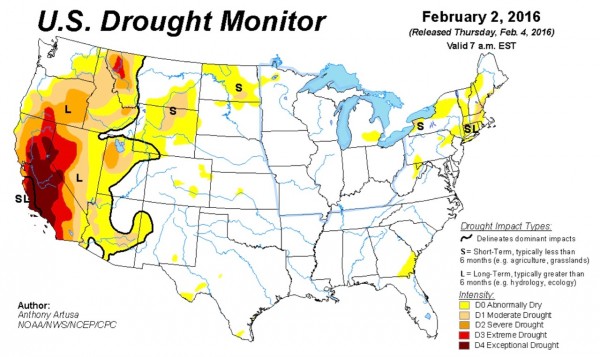 Bottom line: Researchers analyzed 30 years of data on weather patterns and identified three patterns that tend to bring rain to the U.S. Southwest. They found that these patterns are occurring with less frequency.