Tropical Storm Beryl is intensifying, with winds just below hurricane status, as it pushes into the U.S. Southeast.

As of Sunday evening – May 27, 2012 – Tropical Storm Beryl is intensifying, with winds just below hurricane status. This storm could cause greater impacts than previously expected in the U.S. Southeast, for example, in Georgia and Florida. The National Hurricane Center in Miami said Sunday evening that Beryl was expected to make landfall late Sunday or early Monday. 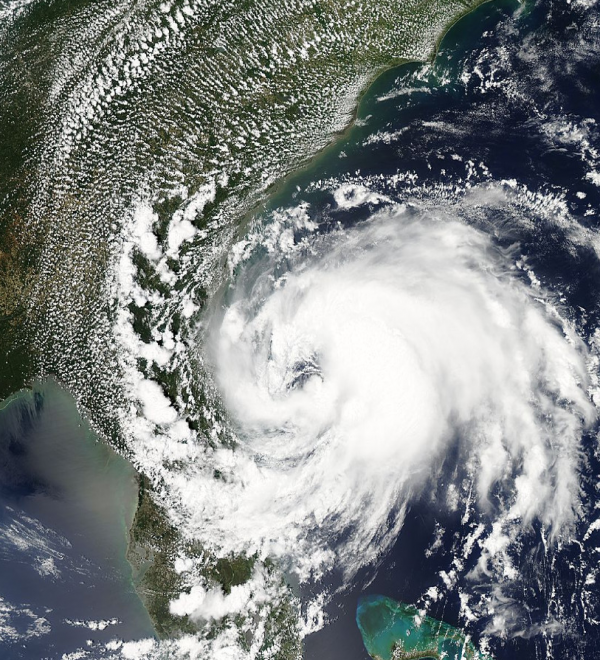 As of 8 p.m. EDT (midnight UTC) on May 27, Beryl had maximum sustained winds of 70 mph (113 kph), just below hurricane-strength of 74 mph, according to the Washington Post, which also said Beryl was not expected to strengthen much more and should weaken after making landfall.

At 5:30 PM EDT, hurricane hunters were flying into Tropical Storm Beryl and are finding a lower pressure reading around 993 mb. Lowering pressure indicates a strengthening storm system. Sustained winds could be around 70 mph. Regardless, a strengthening system pushing onshore is more dangerous than a weakening Category 1 hurricane pushing onshore.

Bottom line: Tropical Storm Beryl is intensifying on Sunday evening, May 27, 2012, as it approaches the southeastern coast of the U.S. Its winds on Sunday evening were just below hurricane status at 70 mph. The National Hurricane Center in Miami said Sunday evening that Beryl was was expected to make landfall late Sunday or early Monday.