Trick or treat! Here are 3 animals that excel at playing tricks on others – and not just on Halloween!

On Halloween, children shout “Trick or treat!” hoping to score some candy. While this is all fun and games for us humans, for some animals, tricks are essential to their survival. Below, meet three animals that excel at playing tricks on others.

Eastern gray squirrel. In preparation for a long, cold winter, the eastern gray squirrel will gather up nuts and bury them in the ground where they can be dug up and consumed later when food is scarce. Scientists refer to this nut store as a cache, and a gray squirrel cache can be spread out over several acres. Unfortunately, these nuts are sometimes stolen by other squirrels and birds who witness a nut being buried. To combat the thievery, the eastern gray squirrel will often create a fake cache. It does so by digging a hole and filling it in without ever depositing a nut—a squirrel may do this several times before or after actually burying a nut. This trick is used to confuse the would-be thieves and protect their winter food supply. 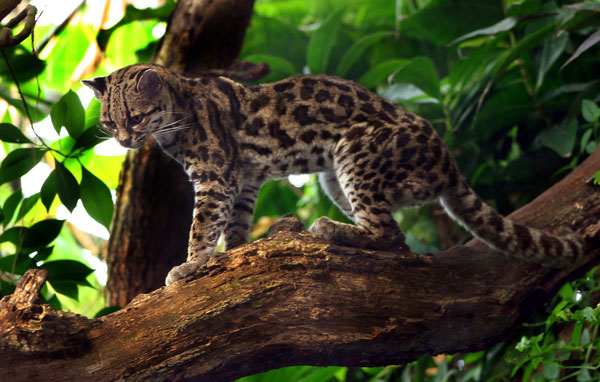 Margay. The margay is a small wildcat that lives in the jungles of Central and South America. Scientists once observed a margay making vocalizations similar to a baby tamarin monkey, which piqued their interest because the cats are known to prey on tamarins. While this sound successfully attracted adult monkeys into the cat’s range, the cat did not catch a monkey that day. Still, scientists suspect that this sinister trick is an effective hunting strategy. It is not presently known how common this vocal mimicry behavior is among margays. 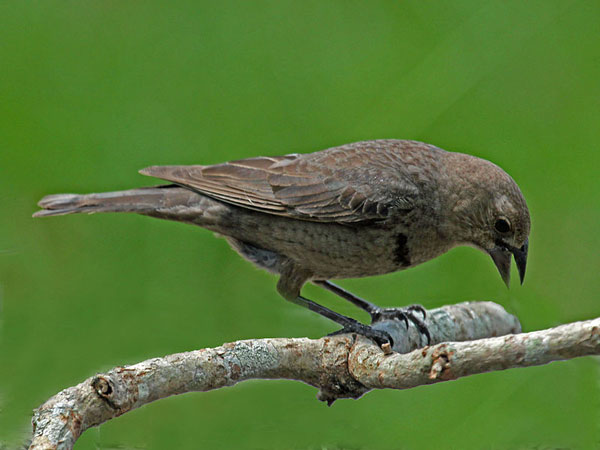 Brown-headed cowbird. The brown-headed cowbird is native to North America, and it is a master at deception. Female cowbirds lay their eggs in the nests of other species and are often successful at tricking these other birds into raising their young. Scientists call a bird who engages in this type of behavior a “brood parasite.” While a few birds can recognize the foreign egg of a cowbird in their nest and discard it, many cannot. Cowbirds are known to parasitize the nests of more than 220 species of birds.

Happy Halloween from all of us at EarthSky! If you know of any other interesting tricks that animals play, we would love to hear about them in the comments.