From a giant tortoise to a tiny beetle and an early hominid, this year’s top 10 new species list contains some exciting finds. 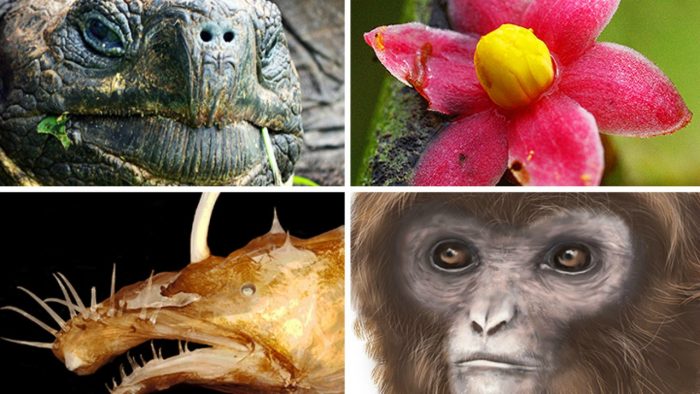 Scientists think that there may be roughly 10 million species on Earth, but only about 2 million species have been identified and named. Each year, scientists add the names of thousands of new species to taxonomic lists that catalog the diversity of life. To celebrate this feat, the International Institute for Species Exploration (IISE) compiles a top 10 new species list of notable discoveries that were made during the previous year. The annual list is released on May 23 in honor of the birthday of Carl Linnaeus, a renowned botantist and physician who developed our modern binomial classification system for naming organisms by their genus and species names. 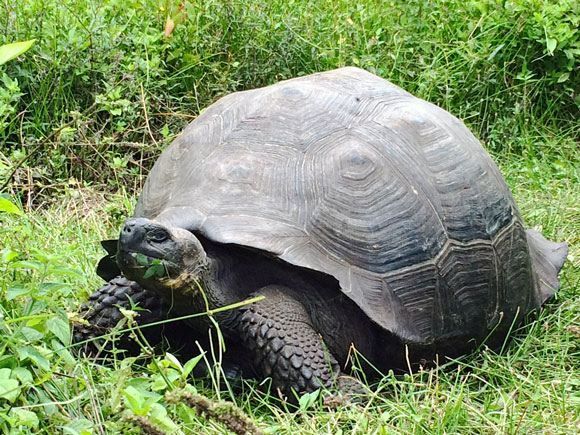 1. Giant Tortoise (Chelonoidis donfaustol). A distinct species of giant tortoise was discovered on the island of Santa Cruz in the Galapagos off the coast of Ecuador. 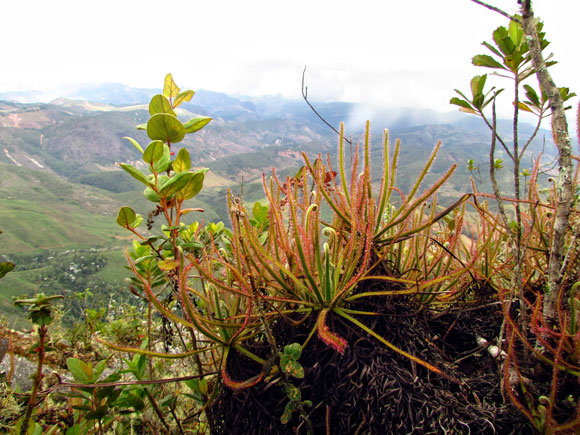 2. Giant Sundew (Drosera magnifica). The giant sundew is a carnivorous plant that was discovered on top of a mountain in Brazil. Photographs posted to Facebook helped to spur its recognition as a new species. 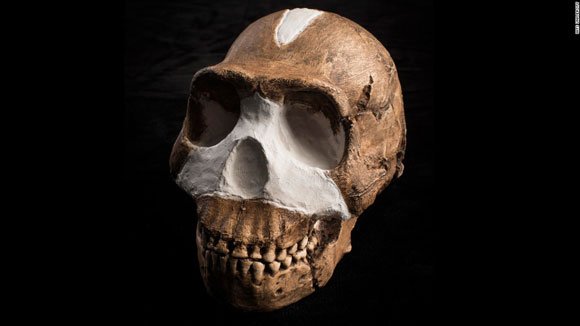 3. Hominin (Homo naledi). Scientists identified this new species of hominin through fossil remains uncovered in South Africa. Their size and weight were similar to that of modern humans. 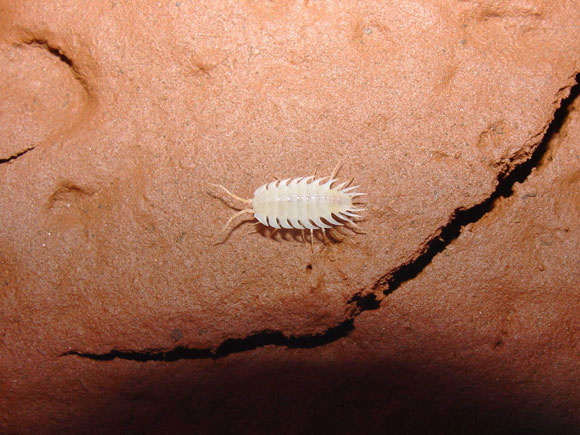 4. Isopod (Iuiuniscus iuiuensis). This new species of crustacean was discovered in a cave in Brazil. It builds shelters out of mud. 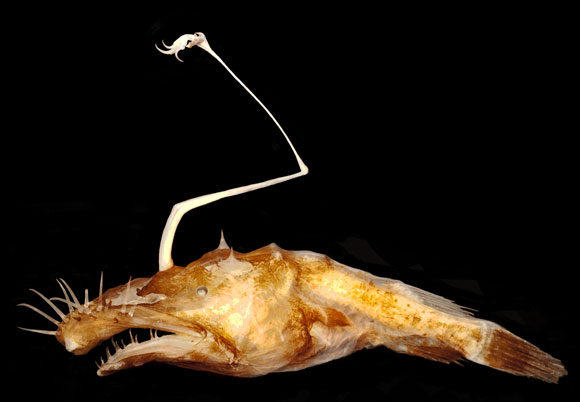 5. Anglerfish (Lasiognathus dinema). This small fish was discovered in the Gulf of Mexico. 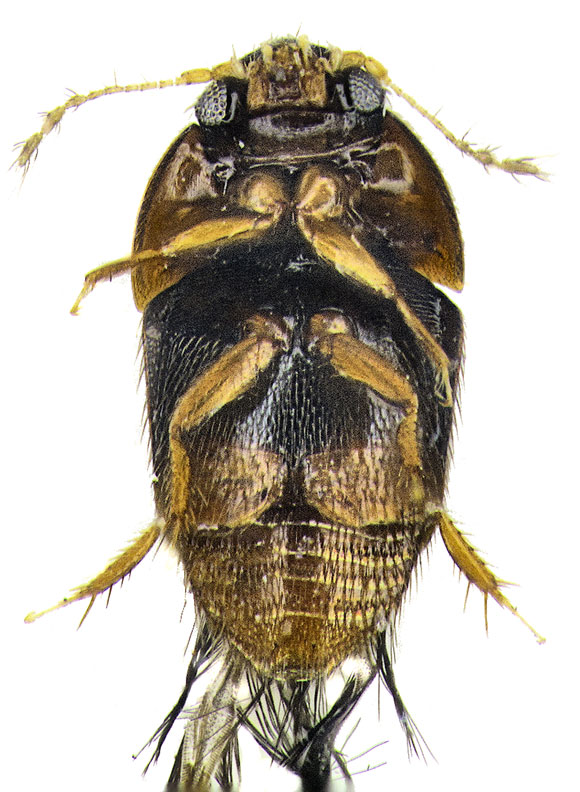 7. Tiny Beetle (Phytotelmatrichis osopaddington). This species was discovered in Peru. The beetles are only about 1 millimeter in length. They were named after Paddington Bear, a well known character from children’s literature who also hailed from Peru. 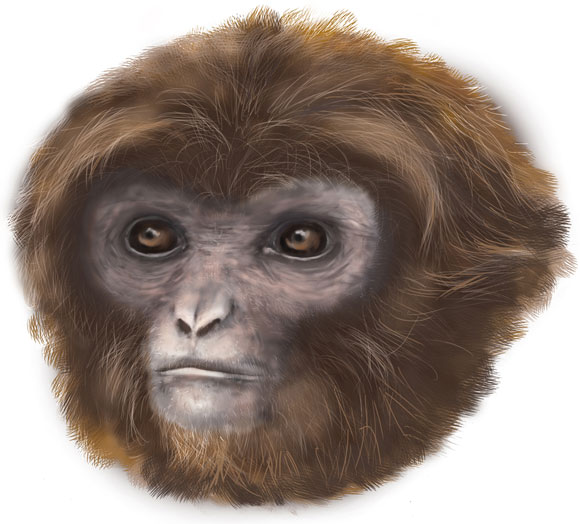 8. Primate (Pliobates cataloniae). This new species of ape was discovered through fossil remains uncovered in Spain. The ape is thought to have lived 11.6 million years ago. 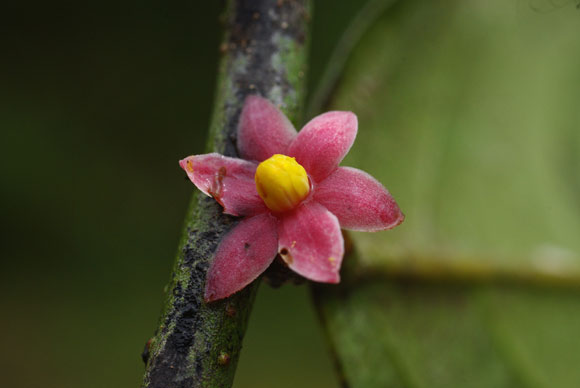 9. Flowering Tree (Sirdavidia solannona). This new species of tree was discovered nearby the main road that runs through Africa’s Monts de Cristal National Park in Gabon. 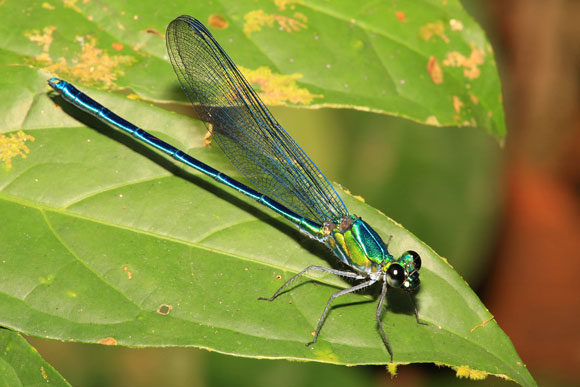 10. Sparklewing Damselfly (Umma gumma). This species is just one of dozens of new species of damselflies and dragonflies that were discovered in Gabon. It was named after the 1969 Pink Floyd album Ummagumma, which is also a slang word for sex.

You can read more about each of these species at the link here.

The top 10 new species lists have been released by IISE every year since 2008. IISE is located in Syracuse, New York. It is part of the State University of New York (SUNY) College of Environmental Science and Forestry (ESF).

Quentin Wheeler, director of the IISE and president of ESF, commented on this year’s list in a statement. He said:

In the past half-century we have come to recognize that species are going extinct at an alarming rate. It is time that we accelerate species exploration, too. Knowledge of what species exist, where they live, and what they do will help mitigate the biodiversity crisis and archive evidence of the life on our planet that does disappear in the wild.

Bottom line: The International Institute for Species Exploration (IISE) compiles a top 10 new species list of notable discoveries that were made during the previous year. This year’s list includes a seadragon, a carnivorous sundew plant, and a hominin that was discovered through fossilized remains.

Another wave of bird extinctions in the Americas?