At the number one spot is the Japanese island of Iwo Jima. 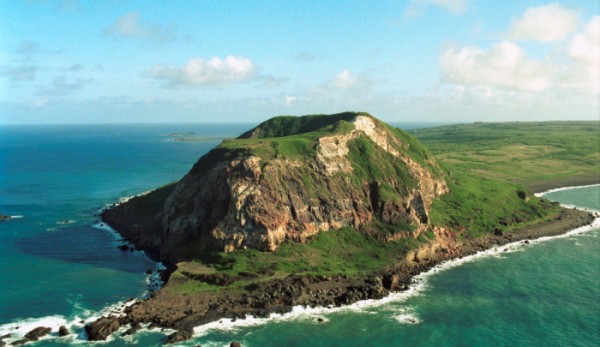 Where are the world’s most dangerous volcanoes? Volcano enthusiasts working with Albert Zijlstra, Professor of astrophysics at the University of Manchester, have compiled a list.

Published as a series of blogs on the Volcano café website, the list of the 10 most dangerous volcanoes on Earth includes volcanoes which have a realistic chance of erupting in the next 100 years and which risk killing a million people or more. At the number one spot is the Japanese island of Iwo Jima. The list includes volcanoes from all over the world, including South and Central America, Africa, Asia and Europe.

There are parts of the world where monitoring of volcanoes is very poor, and many of these poorly watched volcanoes are close to populated areas.

There hasn’t been a major eruption for 200 years, since Tambora in 1815 (“the year without summer”), and there has never been a large eruption in a modern, developed country. There is a chance of perhaps one in three that there will such an eruption this century. 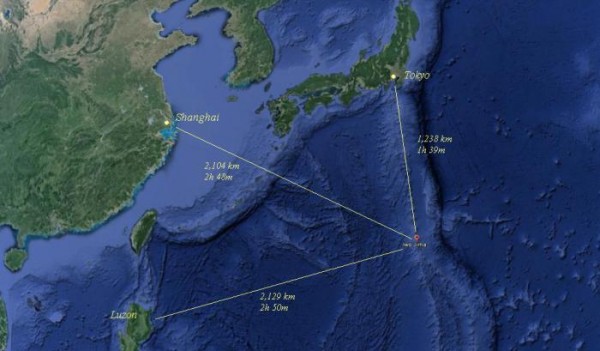 The location of Ioto (Iwo Jima) in relation to Tokyo, Shanghai and Luzon, Philippines as expressed in distance (km) and time at a tsunami propagation speed of 750 km per hour.

1. Iwo Jima (Ioto), Japan. Candidate for a very large eruption.
At risk: Japan, Philippines, coastal China
The island of Iwo Jima is about twenty meters higher than it was in 1945 due to a growing magma chamber underneath. The beach where the American forces landed in 1945 is now 17 meters above the ocean surface. The island has been pushed up by 1 meter every 4 years since several hundred years. It is only a matter of time before the whole island explodes. Although few people live on Iwo Jima itself, a large eruption would cause a tsunami that could devastate southern Japan and coastal China including Shanghai and Hong Kong. The team estimates that in Japan the tsunami could be 25 meters high. The eruption of the similar sized Kuwae volcano in Vanatua in 1458 caused a tsunami 30 meters high in northern New Zealand, and lead to the cultural collapse of Polynesia. Here’s more about it 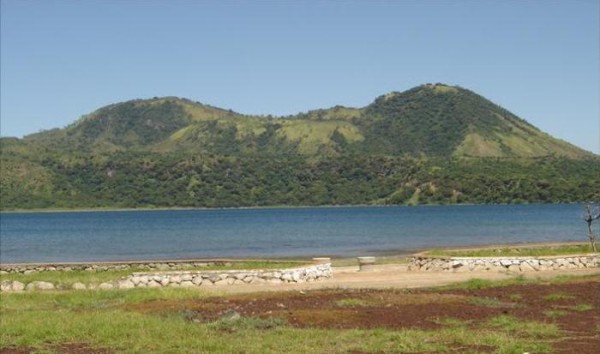 The 300 m high Apoyeque stratovolcano rises to the Northwest beyond the Lago Xiloá maar crater in the foreground.

2. Chiltepe/Apoyeque, Nicaragua.
At risk: Managua
The second most dangerous volcano has been named as Apoyeque in Nicaragua, which is next to the capital city of Managua, with a population of more than two million. Apoyeque has the threat of an underwater eruption, which could cause a large lake tsunami, as well as the danger posed by the eruption itself. It has had major eruptions every 2000 years. The last one was 2000 years ago. Here’s more about it 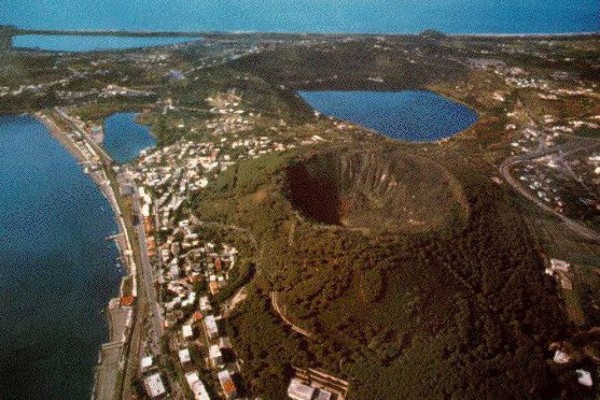 3. Campei Flegrei, Italy.
At risk: Naples
In third place is Campei Flegrei near Naples in Italy, which poses even more of a threat to the city than Vesuvius. It erupts less frequently than Vesuvius, but is much closer to the city and has the potential for much larger eruptions. The western suburbs of Naples, a city of 4.4 million, are build inside its caldera. Here’s more about it 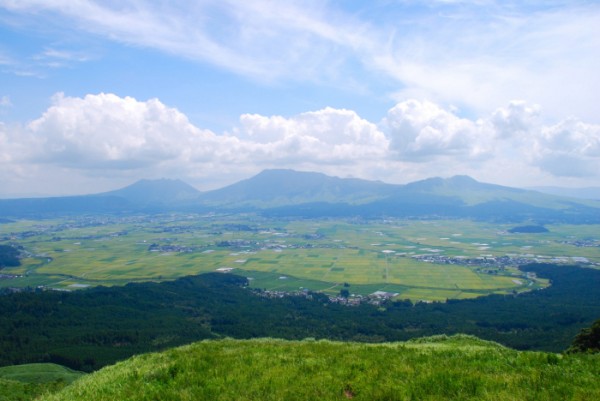 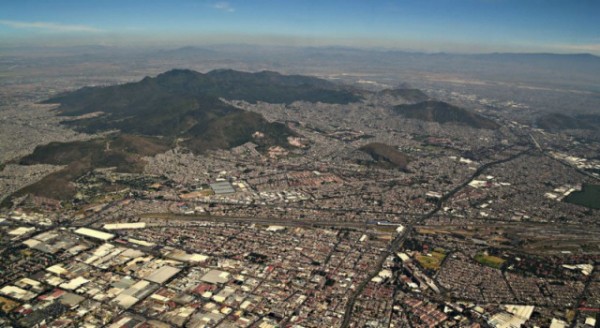 The extinct volcano Sierra de Guadalupe rises 750 metres above Mexico City, it’s highest peak within 15 km of the centre of the city. In spite of conservation attempts, illegal buildings continue to sprout and at present the crater and debris avalanche have been completely covered by urban development. 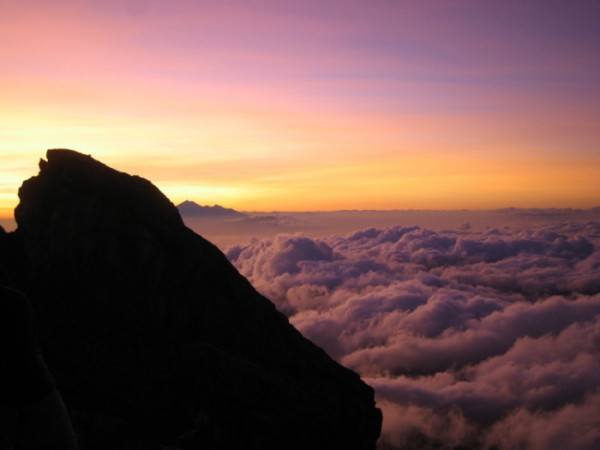 Sunset from the 3,148 m high summit of Gunung Agung. The peak in the distance is G. Abang, a remnant of a far loftier peak, Ancestral Batur. Image credit: WikimediaCommons photo by Mrllmrll

6. Gunung Agung, Indonesia.
At risk: Bali. Here’s more about it 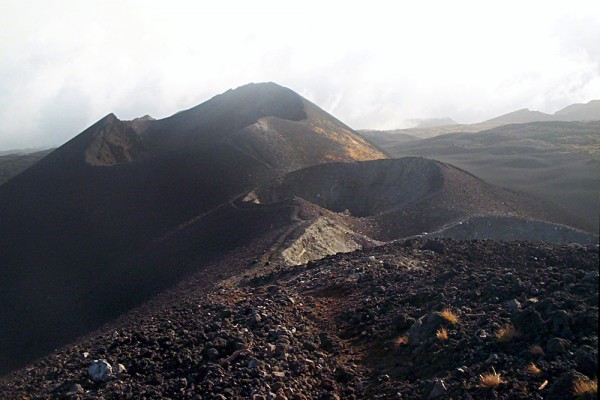 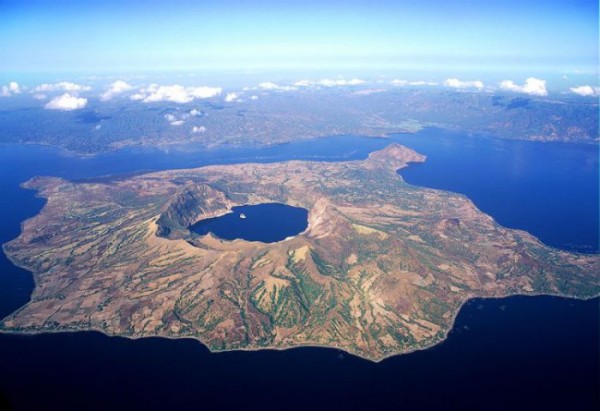 8 Taal, Philippines.
At risk: Manilla. Here’s more about it

9. Mayon, Philippines.
At risk: Legazpi. Here’s more about it 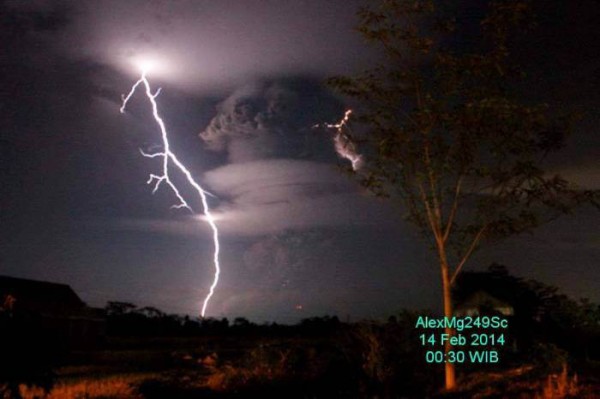 Image from the 2014 eruption of Gunung Kelud. Photo credit: AlexMG.

10 Gunung Kelud, Indonesia.
At risk: Malang. Here’s more about it

Henrik Lovën, previously a major in the Swedish army and keen amateur volcanologist, helps to run the Volcano Café site and contributed to the top ten list. He said:

We want to raise awareness that there are many volcanoes that could erupt and that are not being monitored properly. Hopefully the people who live near the volcanoes in this list will get more help to help them prepare for an eruption.

Bottom line: List of top 10 most dangerous volcanoes on Earth.