Tonga’s newest island: Before and after views

Last December, an undersea volcano exploded to life in the Polynesian island kingdom of Tonga. The eruption created a new island.

These two images were acquired by NASA’s Landsat 8 satellite. The top image shows the two small islands of Hunga Tonga (right) and Hunga Ha’apai (left) in the Polynesian island kingdom of Tonga, separated by the South Pacific Ocean, on December 2, 2013, a year before an undersea volcano erupted in December, 2014. 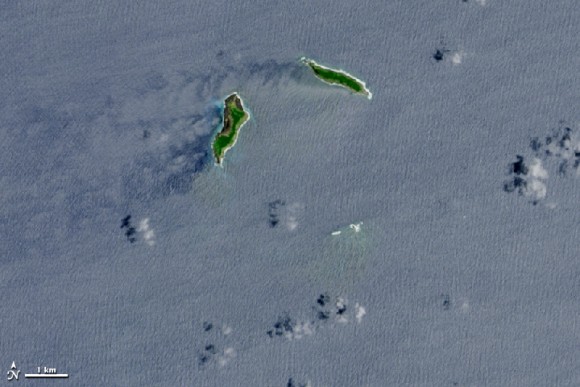 The second image shows the same area on April 28, 2015, four months after the eruption and the first time that Landsat got a cloud-free view. 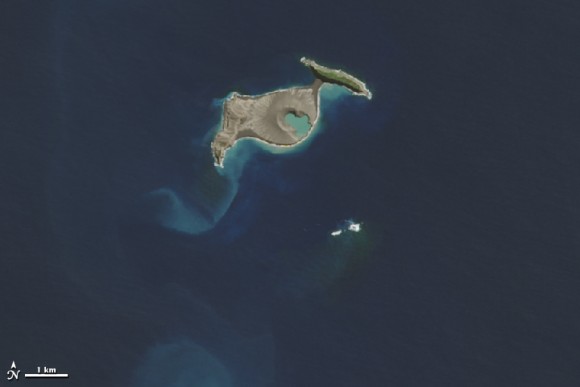 According to a report in January, 2015 from the Tongan Ministry of Information & Communications, the new island between Hunga Tonga and Hunga Ha’apai rose about 120 meters (390 feet) above sea level. It measured just 1.5 kilometers (0.9 miles) from north to south, and 2 kilometers (1.2 miles) from west to east. And while volcanic material connected the new island with Hunga Ha’apai to the west, it was a few hundred meters short of connecting with Hunga Tonga.

Already, the island has received visitors. The Australian Broadcasting Corporation ran a series of photographs taken by Hotel owner GP Orbassano, who together with a friend and his son, explored the island in March 2015. 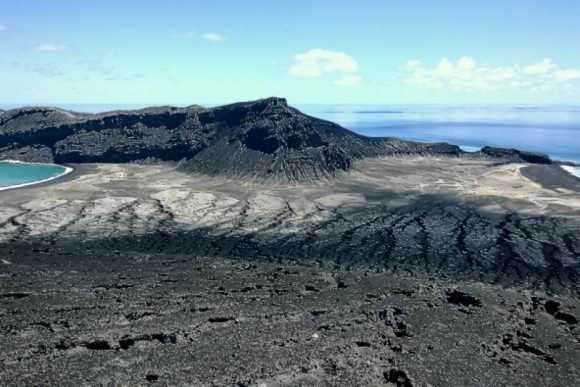 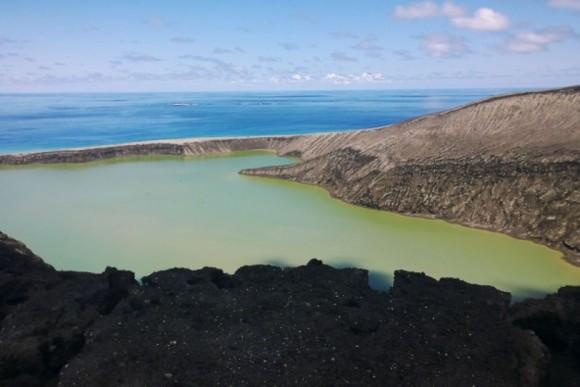 The volcanic island is covered with deep channels that are unstable to walk on. Photo credit: GP Orbassano 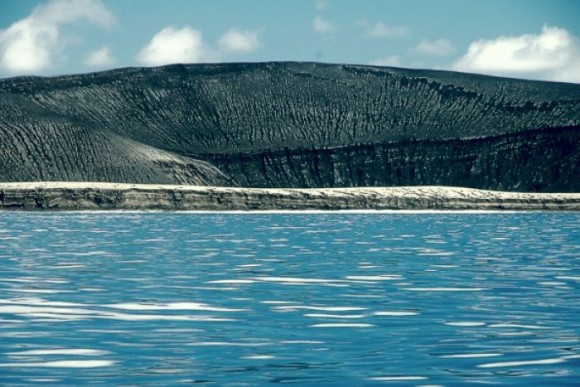 GP Orbassano says there are thousands of seabirds on the island. Photo taken on March 6,2015. Photo credit: GP Orbassano

Bottom line: In December, 2014, an undersea volcano exploded to life in the Polynesian island kingdom of Tonga. The eruption created a new island. Two satellite images show the area before and after the eruption.