A bit of amber preserved a drama from 100 million years ago, an interaction between a tick and a spider. 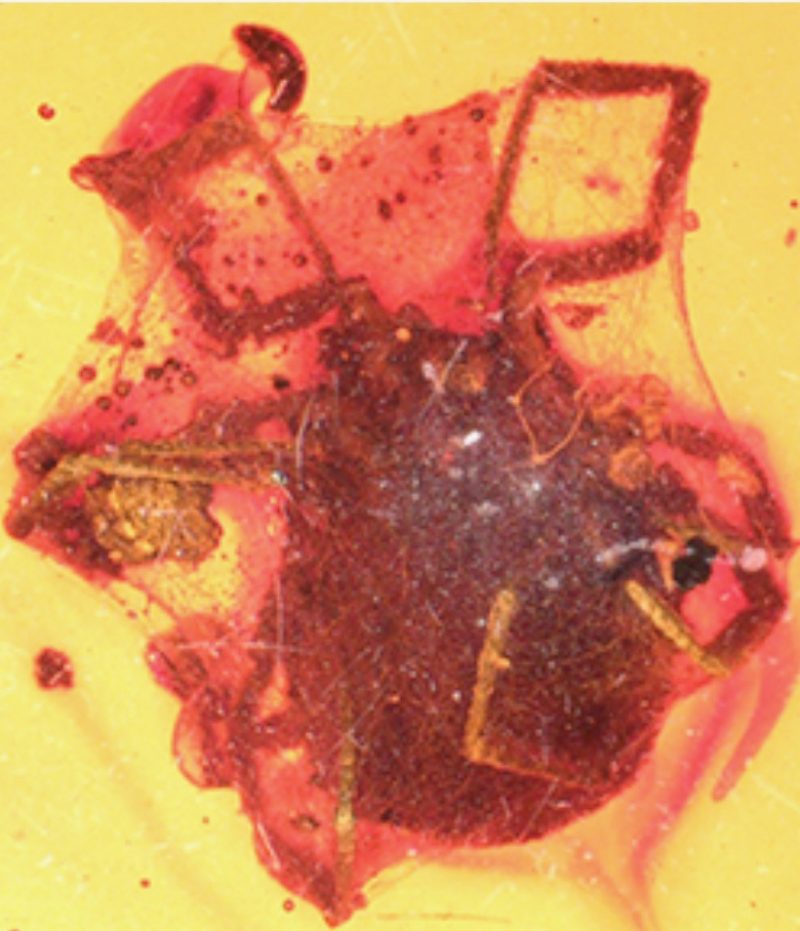 One day in Myanmar during the Cretaceous period, a tick managed to ensnare itself in a spider web. Realizing its predicament, the tick struggled to get free. But the spider that built the web was having none of it. The spider popped over to the doomed tick and quickly wrapped it up in silk, immobilizing it for eternity.

We know the outline of this primordial worst-day-ever because the silk-wrapped tick subsequently was entombed in amber that may have dripped from a nearby tree. Its fate, literally, was sealed.

Fast-forward 100 million years or so, and that same tick was discovered by a German collector named Patrick Müller who was searching in Myanmar for Burmese amber pieces of scientific value. He passed the discovery on to scientist Jason Dunlop in at the Museum für Naturkunde in Berlin, who realized it was an important specimen. Paul Selden, distinguished professor of geology at the University of Kansas and director of the Paleontological Institute at the KU Biodiversity Institute and Natural History Museum, said:

Dunlop brought in Lidia Chitimia-Dobler, who is a tick expert at the Bundeswehr Institute of Microbiology, and myself because we’ve worked together on Burmese amber things.

Together with microscopy expert Timo Pfeffer, the team has just published a description of the tick in the peer-reviewed journal Cretaceous Research. Selden commented:

It’s a show of behavior, really. Ticks already are known from the Burmese amber – but it’s unusual to find one wrapped in spider silk. We’re not sure if the spider wrapped it in order to eat it later or if it was to get it out of the way and stop it from wriggling and destroying its web. That’s something spiders do. 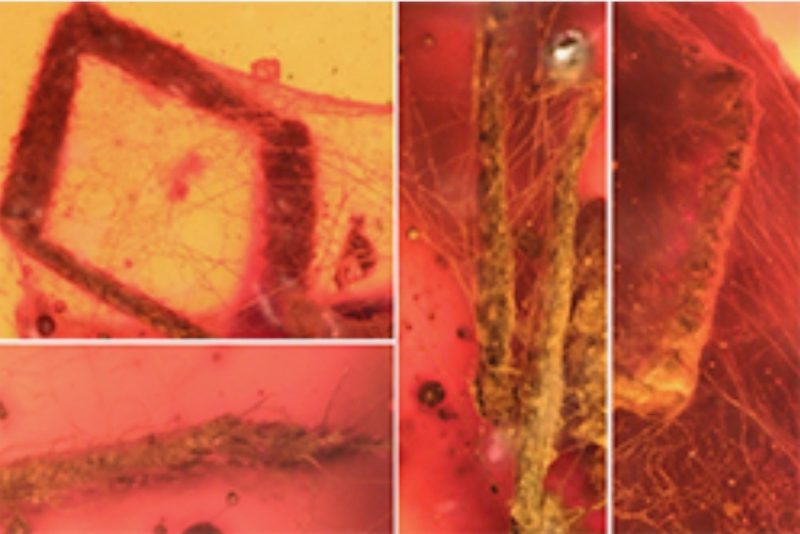 Selden said ticks are seldom found in Burmese amber, though the few that have been discovered were proved to be among the oldest tick specimens known to science. He said:

They’re rare because ticks don’t crawl around on tree trunks. Amber is tree resin, so it tends to capture things that crawl around on bark or the base of the tree. But ticks tend to be on long grass or bushes, waiting for passing animals to brush up against them, though some of them can be on birds or squirrels, or maybe a little crawling dinosaur.

The researchers took pains to ensure the ancient tick was indeed bound in spider silk, rather than fungal filaments that sometimes can grow around a dead tick. Selden said:

We think this was spider silk because of the angles that the threads make. Also, in the paper, we show a picture of a tick that started to decay – and the fungus on that tick grows from its orifices – from the inside to the outside. Whereas these threads are wrapped around externally and not concentrated at the orifices.

According to the research team, this is the first time this kind of interaction between ticks and spiders has been documented in the fossil record. Even though ticks aren’t a typical staple of spider diets, spiders can occasionally prey on ticks in modern ecosystems. Selden explained:

Just last year, I was on a field trip in Estonia and took a photo of a Steatoda spider wrapping up a red spider mite. That was serendipitous.

Selden and his colleagues are unable to determine the species of spider that wrapped the tick because families of spiders known to catch ticks today lack a convincing Mesozoic fossil record. While it’s difficult to identify the producer of the fossil silk with any certainty, it’s safe to assume the spider’s behavior was characteristic of most known spiders in the forest today. Selden said:

We don’t know what kind of spider this was. A spider’s web is stretched between twigs to catch prey that flies or bumps or crawls into it. As prey gets stuck, it adheres to the web and starts to struggle. Maybe some things can escape after some struggle, so the spider rushes to it out from hiding and wraps it in swaths of silk to immobilize it, to stop it escaping or destroying the web. This prevents prey from hitting back – stinging or biting – once it’s wrapped in silk it can’t move, and then the spider can bite it and inject gastric fluid to eat it or venom to subdue it as well.

The amber that preserved the small drama occurring between the spider and tick from 100 million years ago offers a thought-provoking peek into the natural past, according to Selden, who said:

It’s really just an interesting little story – a piece of frozen behavior and an interaction between two organisms. Rather than being the oldest thing or the biggest thing, it’s nice to be able to preserve some animal interaction and show it was a living ecosystem. 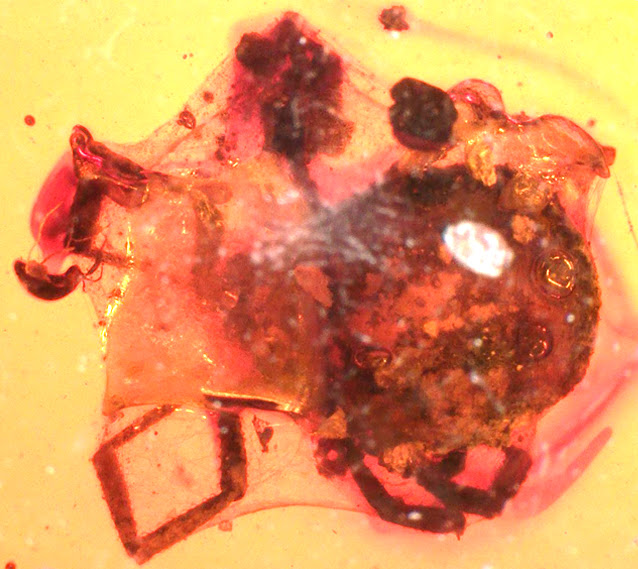 Bottom line: Scientists have studied a bit of amber, in which is preserved a small drama between a spider and a tick from 100 million years ago.