Three beautiful photos of moon and Jupiter on this Sunday morning. By Monday morning – June 18 – moon will be farther below Jupiter.

Did you notice a bright “star” near the moon before dawn broke on the morning of Sunday, June 17, 2012? That was no star. That was the planet Jupiter. Another planet, Venus, was up there, too, but – unless you were pretty far south on Earth’s globe – you probably didn’t see Venus without binoculars. Try again tomorrow. The three photos below came from EarthSky friends on Facebook. We thank you all!

Moon and Jupiter on June 17, 2012 as seen by EarthSky Facebook friend Stefano De Rosa. The setting is Candia Lake in Italy. Beautiful, Stefano! Thank you. 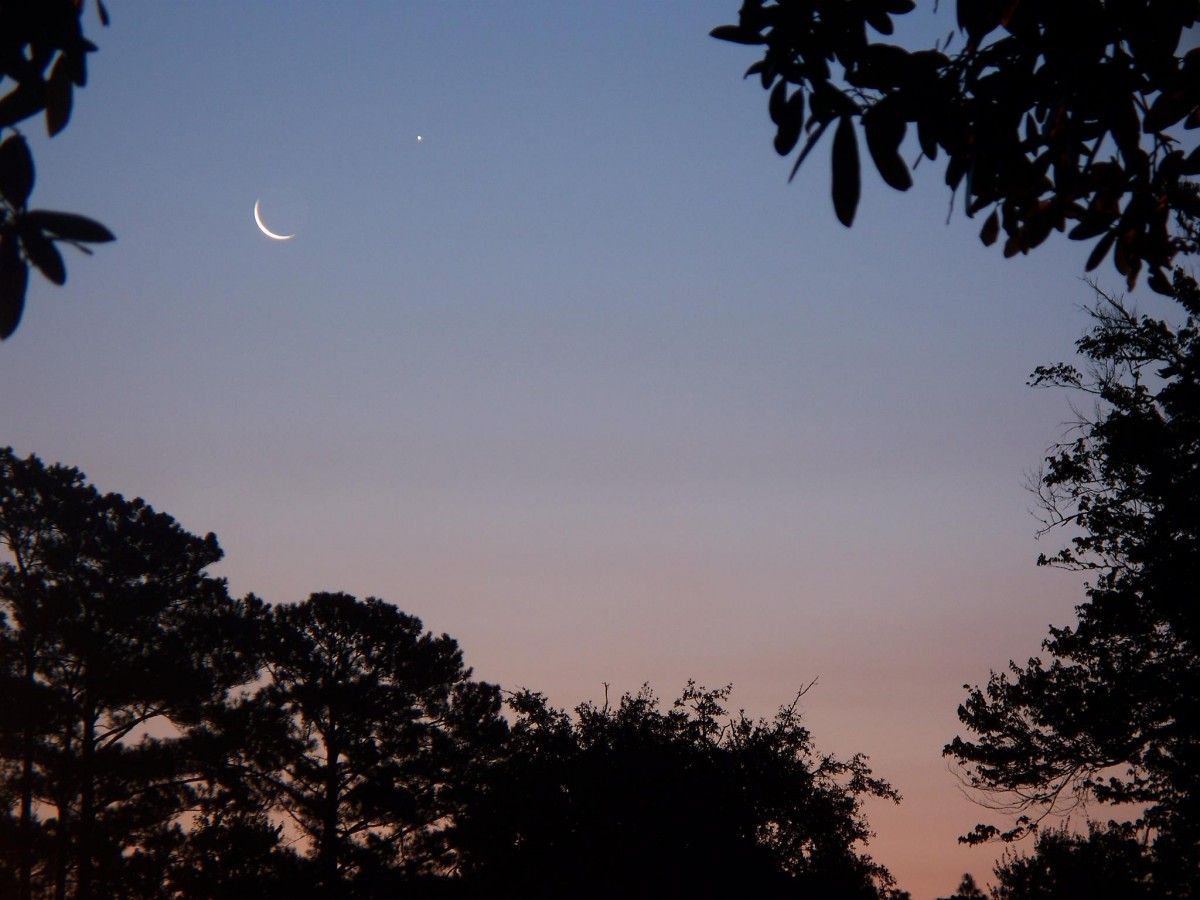 Moon and Jupiter on June 17, 2012 from Patricia Smith Mims, our friend on Facebook. Thank you, Patricia! Nice catch. On Monday morning, the moon will be below Jupiter, nearly buried in twilight

Moon and Jupiter on June 17, 2012 from Custer Observatory in Southold, New York. This photo from our friend Annette DeGiovine. Thank you!

Bottom line: Three beautiful photos of the moon and Jupiter in the east before dawn on June 17, 2012. By Monday morning – June 18 – the moon will be so far below Jupiter that it might be buried in the twilight haze, in the east before dawn. If you have binoculars handy on Monday morning, use them to scan along the horizon for the very slim crescent moon. Bonus! Venus will be there, too! Here’s more: Moon, Venus below Jupiter before sunrise June 18