This is Europe’s oldest living tree

The scientists who discovered it in the highlands of northern Greece named it Adonis, for the Greek god of beauty and desire. It’s more than 1,000 years old. 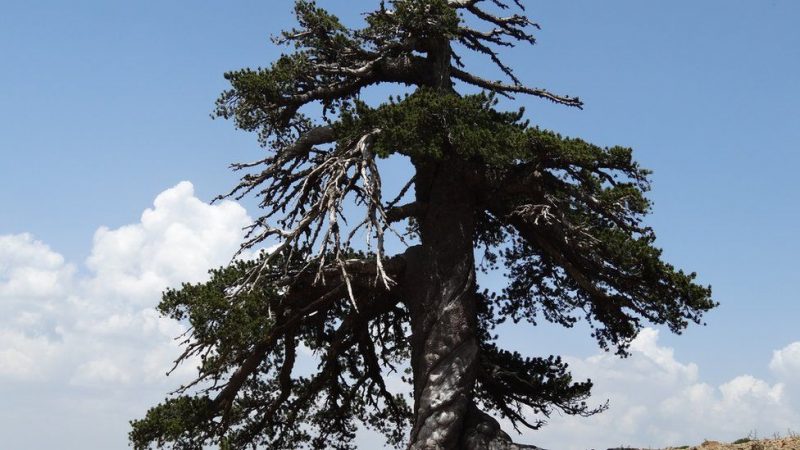 Adonis, a Bosnian pine, more than 1,075 years old and still living in the alpine forests of the Pindos mountains in northern Greece. Image via Oliver Konter, Mainz

An international team of scientists has discovered a Bosnian pine growing northern Greece that’s been dated to be more than 1,075 years old. That makes it the oldest known living tree in Europe.

It’s one of more than a dozen individual trees of millennial age living in a treeline forest high in the Pindos mountains in northern Greece. Considering where the tree was found, and its venerable age, the scientists have named the tree Adonis for the Greek god of beauty and desire.

Paul J. Krusic of Stockholm University is the leader of the expedition that found the tree. He said in a statement:

It is quite remarkable that this large, complex and impressive organism has survived so long in such an inhospitable environment, in a land that has been civilized for over 3,000 years.

The researchers used dendrocronological dating to determine the tree’s age. Dendrochronology, or tree-ring dating, is the scientific method of dating based on the analysis of patterns of tree rings, also known as growth rings. Krusic said:

To age the tree, we needed to take a core of wood, from the outside to the center. The core is one meter and has 1,075 annual rings. 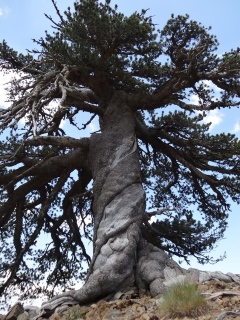 Here’s a glance at some historical events that happened during Adonis’ life:

941 – Adonis is a seedling. The Byzantine Empire is at its peak. From the North, the Vikings reach the Black Sea.

1041 – Adonis is a 100 years old. In China, a book is published describing gunpowder. A man called Macbeth is crowned King of Scotland.

1191 – Adonis is 250 years old. The universities of Oxford and Paris are founded. The third crusade battles Saladin in the Holy Land.

1441 – Adonis is 500 years old. The Ottoman empire conquers Greece. Many Greek scholars flee to the west, influencing the Renaissance. In Sweden, the first parliament is held in Arboga. Johannes Gutenberg is about to test his first printing press.

1691 – Adonis is 750 years old. Isaac Newton has formulated his Laws on Motion. Ice cream, tea and coffee are introduced in Europe.

1941 – Adonis is a millennium old. World War II is ravaging the world. Greece is occupied by Nazi Germany, Italy and Bulgaria.

Krusic said in a statement:

I am impressed, in the context of western civilization, all the human history that has surrounded this tree; all the empires, the Byzantine, the Ottoman, all the people living in this region. So many things could have led to its demise. Fortunately, this forest has been basically untouched for over 1,000 years.

The scientists hope the annual variations of the tree rings from trees like this and those fallen in centuries past, yet still preserved on the ground, will provide an informative history of climatic and environmental conditions, going back thousands of years.

Bottom line: A Bosnian pine tree – nicknamed Adonis – growing in the highlands of northern Greece has been dated to be more than 1,075 years old, makeing it the oldest known living tree in Europe.