This date in science: Cataclysmic eruption at Mount St. Helens

The May 18, 1980 eruption at Mount St. Helens was one of the most destructive volcanic events ever recorded in the history of the United States.

On May 18, 1980 – 35 years ago today — a cataclysmic eruption occurred at Mount St. Helens. It was one of the most destructive volcanic events ever recorded in the history of the United States.

Mount St. Helens is a 2549-meter (8363-feet) high stratovolcano that is located in Skamania County, Washington. It is the most active volcano in the Cascade Range, which runs along the northwestern coast of North America. The Cascade Range is part of the Pacific Ring of Fire.

Incredible footage of the eruption in the video below. You can hear an almost breathless quality in the voices of the announcers, as this incredible natural event unfolded before them.

The eruption at Mount St. Helens on May 18, 1980 was preceded by several geological events earlier in the year. Starting on March 16, 1980, a series of small earthquakes struck the region, and on March 27, 1980, a large amount of steam was vented from the volcano. By mid-May, thousands of earthquakes had been recorded and a large bulge had formed along the northern flank. The bulge extended outward to approximately 140 meters (450 feet). All of this geological activity indicated that magma was rising up into the volcano.

On the morning (8:32 a.m. PDT) of May 18, 1980, a 5.1 magnitude earthquake struck and the bulging northern flank of the volcano collapsed along with the summit. The collapse allowed hot pressurized magma in the volcano to erupt and large amounts of material were ejected over the course of the next nine hours. The ash plume from the eruption reached a towering height of 24 kilometers (80,000 feet), and thick ash blanketed the surrounding region. 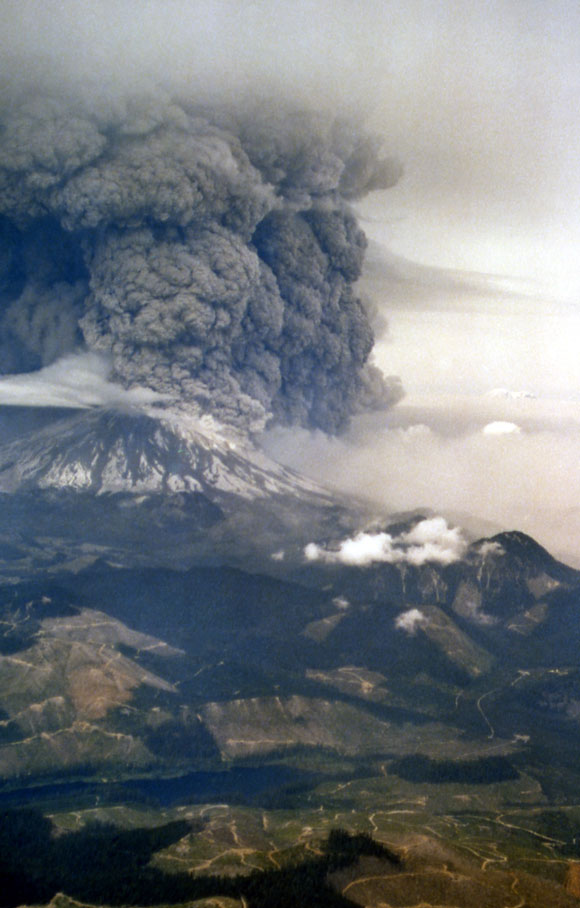 Lahars, which are a type of volcanic landslide, formed rapidly from the melting ice, snow and muddy debris released during the collapse of the volcano’s flank and summit. The lahars caused extensive damage to homes, roads and bridges in nearby communities outside of the inner blast zone.

Fifty seven people including volcanologist David A. Johnston and photojournalist Reid Blackburn lost their lives during the May 18, 1980 eruption at Mount St. Helens. 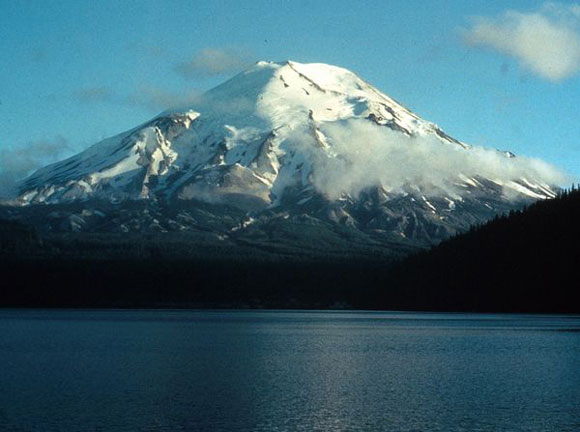 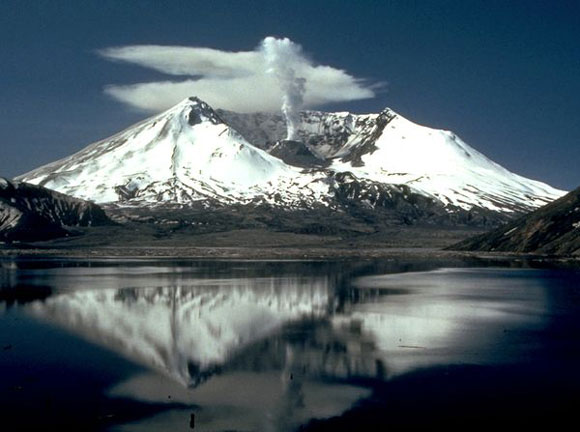 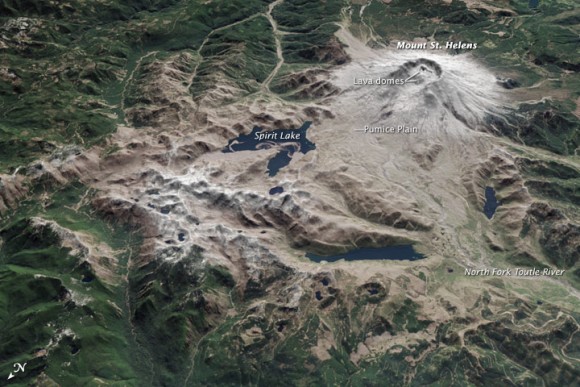 Since 1980, Mount St. Helens has continued to experience periodic earthquakes and volcanic eruptions, but not to the same extent of that seen in 1980. The Cascades Volcano Observatory continues to monitor activity at Mount St. Helens, and while it is still active, there are no current signs of a large impending eruption.

Bottom line: On May 18, 1980—35 years ago today—a cataclysmic eruption occurred at Mount St. Helens. It was one of the most destructive volcanic events ever recorded in the history of the United States.

Magma rising inside Mount St. Helens, but no eruption expected