The politico-economics of King Corn

Scott Fausti talks with EarthSky’s Ben Duval about the potential future of corn agriculture and its implications for environmental sustainability. 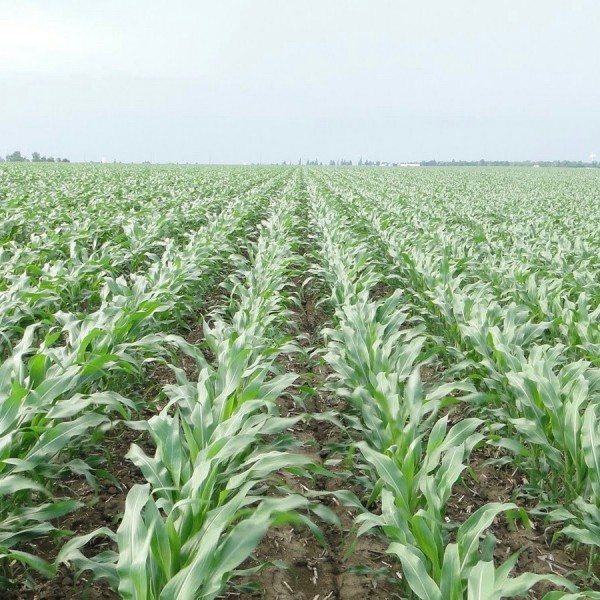 Image via University of Minnesota

The United States used more than half of its total crop acreage to grow corn and soybeans in 2015, and produced 36% of the world corn crop in 2014. Since 1996, there has been more than a 14% increase in land use devoted to growing corn. Growing more corn has environmental consequences, such as greater water pollution from nitrogen fertilizers. Moving to an agricultural system dependent on a single crop also increases the chances for economic failures in years with poor harvests.

Scott Fausti is an economics professor at South Dakota State University. In a recent study, Fausti identified a link between U.S. agricultural policy and improvements in biotechnology as a causal factor in the rapid expansion of U.S. corn production.

EarthSky spoke with Dr. Fausti about his recent work, and the potential future of corn agriculture and the implications for environmental sustainability.

EarthSky: Can you briefly summarize your hypothesis about the shift from planting a variety of crops toward a corn or corn-soybean monoculture in the midwestern U.S.?

Scott Fausti: My coauthor Dr. Jonathan Lundgren and I began collaborative research on U.S. Midwest crop rotation patterns in 2008. During this phase of our research, we began wondering how the biotech revolution in modern crop production affected production practices.

Relying on USDA data, we were able to establish a statistical link between increased adoption rates of biotech genetic advancements for corn production and ethanol-based biofuel production advancements.

These biotech advances began to appear commercially in the late 1990s. Our work established a linkage between these biotech advancements and the diminished use of crop rotation practices (traditional approach to pest suppression) as farmers changed crop production practices to meet increased market demand for corn and soybeans over the last 15 years.

ES: Most of our readers are familiar with the phrase “correlation does not mean causation,” yet you use a statistical test in your 2015 Environmental Science & Policy paper that suggests there is a causal link between policy, biotech and increased corn production. Can you give a layperson’s breakdown of that test?

Scott Fausti: The statistical test used in our research is referred to as the Granger Causality test. The Granger test is a very simple concept. Assume you have two random variables over time, say X and Y. If past values of X contain useful information about what will be the current behavior of Y then we can say that X Granger Causes Y.

ES: How much of the shift to corn ethanol was related to high petroleum prices, and could we see another landscape use shift based on currently low oil price declines?

Scott Fausti: The current decline in world oil prices will affect the price of corn as well as other oil seed and grain crops. Producers make planting decision based on market signals. I expected that corn production will decline. The question is, will producers expand the number of crops in their rotation or continue their current practices?

The answer That is dependent of how long oil prices remain depressed. However, the issue is, if the current economic incentive structure remains in place, then when oil prices recover so will the incentive to plant more corn.

ES: Can corn be economically and environmentally sustainable?

Scott Fausti: Dr. Lundgren and I both believe that the answer to this question is yes, if the right types of agricultural and energy policies are adopted.

Bottom Line: The recent large increases in US corn production seem to be caused by technology advances that happened at the same time as shifts in U.S. energy and agricultural policy.