The Grand Canyon much younger than we knew? 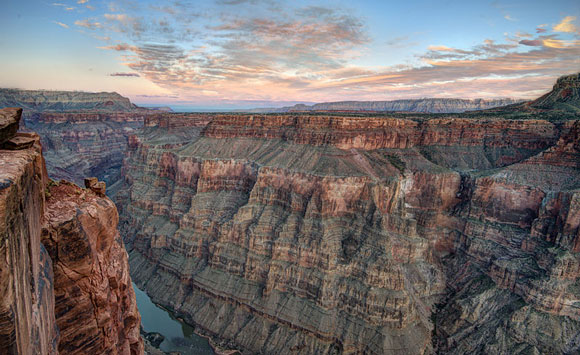 Scientists dated rocks in four of the five main segments of the Grand Canyon and found that while the middle segments were indeed old—dates ranged anywhere from 15 to 70 million years ago—the two end segments of the canyon, namely Marble Canyon and the westernmost part of the Grand Canyon, were much younger. These end portions of the canyon appear to have formed only 5 to 6 million years ago. To reconcile the ‘old’ and ‘young’ models of when the Grand Canyon formed, the scientists are now proposing a new model whereby the older paleocanyons carved by ancient rivers that no longer exist were linked together with newer canyons through the activities of the Colorado River. Hence, the modern Grand Canyon formed in its entirety relatively recently, the scientists say.

To date the rocks, the scientists used a technique that measured temperature differences in the mineral apatite caused by erosion.

Karl Karlstrom, lead author of the study, is a geologist at the University of New Mexico. He described the methods they used to date the rocks in a press release:

We reconstructed the thermal histories from the rock samples taken from the modern canyon base and the adjacent canyon rim 1,500 meters above to constrain when the rocks cooled as a result of canyon incision. Rock gets hotter as you go deeper (into the Earth). As rock moves to the surface, it cools off through erosion. By utilizing these methods, we can determine the timing of the cooling for an individual spot and a timed cooling history for that particular sample. If you know the cooling history for different segments and elevation sample, you can determine the erosion history.

Other scientists who have used this technique on samples from the Grand Canyon have come up with different dates then the ones described in the current study. Hence, the debate over the age of the Grand Canyon will likely continue into the foreseeable future. 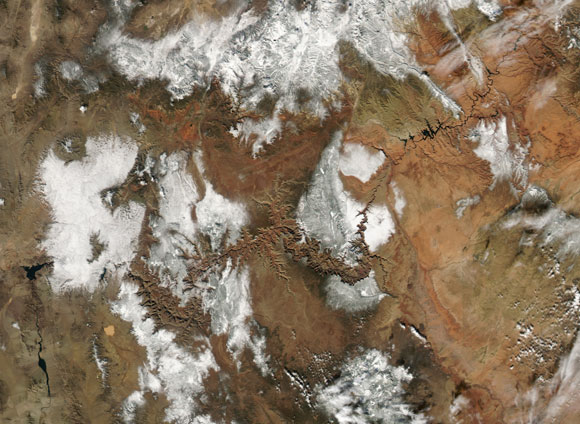 Satellite view of the Grand Canyon with snow in the surrounding area. Image Credit: NASA.