Tallest peak in the US Arctic is …

No one knew whether Mount Chamberlin or Mount Isto was taller. Now an aerial study – and a ski mountaineer – declare a winner. 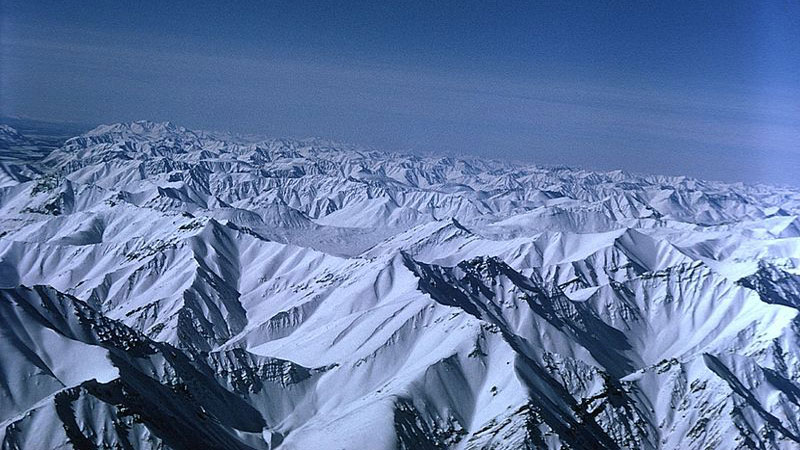 Over the past few decades, there has been an ongoing debate about which snow covered peak is taller — Mount Chamberlin or Mount Isto? The taller one would be the tallest peak in the U.S. Arctic. This debate, which was fueled by discrepancies in early topographic maps from the 1950s, has finally been resolved by an intrepid team consisting of a glaciologist and a mountaineer. Mount Isto at 8,975 feet (2,735.6 meters) is the tallest. Their new research was published in The Cryosphere, an open access journal of the European Geosciences Union (EGU), on June 23, 2016.

Research team member and ski mountaineer Kit DesLauriers – who works with the outdoor retailer The North Face – scaled both Mount Chamberlin and Mount Isto in the spring of 2014 to collect ground-based GPS (geographic positioning system) data.

She climbed the mountains and then skied down their faces with a GPS antenna attached to her backpack. 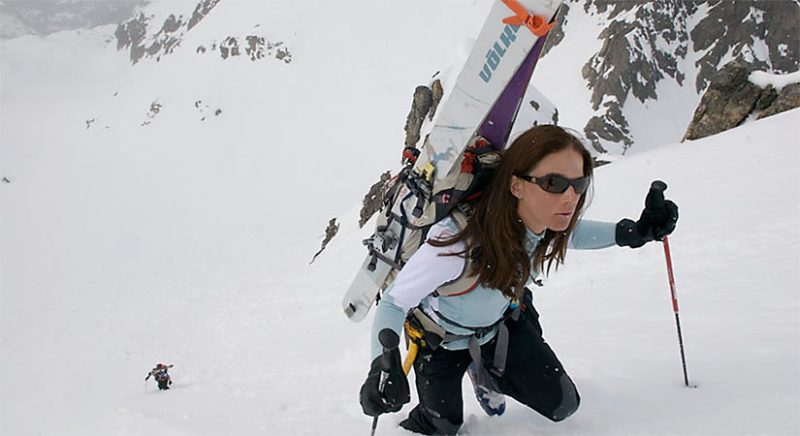 Kit DesLauriers describes her self as a ski mountaineer. Image via The North Face.

Meanwhile, to measure the peaks from the air, the team applied a new technique called fodar, which combines the words foto and LIDAR (Light Detection and Ranging). According to the National Oceanic and Atmospheric Administration (NOAA), LIDAR is a remote sensing system that uses a pulsed laser to measure variable distances to the Earth.

Matt Nolan, who invented fodar, is a glaciologist at the University of Alaska and lead author of the study, which was funded by the National Science Foundation, National Geographic Society, U.S. Fish and Wildlife Agency, U.S. Geological Survey, and Fairbanks Fodar. He explained the basics of fodar as follows:

The core equipment is a modern, professional DSLR camera, a high-quality lens, a survey-grade GPS unit, and some custom electronics to link the camera to the GPS. A modern airborne lidar unit that can map steep mountain terrain like the one we studied costs over $500,000 USD and typically requires a twin engine plane and a separate equipment operator. In contrast, the fodar hardware costs under $30,000 USD if bought new (much cheaper if you buy used) and can be operated by the pilot flying in a small single-engine plane.

Nolan plans to use fodar to study changes in mountain glaciers along the Brooks Range. To test the technology, he collected airborne data over five mountains in the Arctic, including Mount Isto and Mount Chamberlin.

Nolan and DesLauriers’ joint effort demonstrated that the new fodar data of the Arctic mountains were accurate to within 8 inches (20 cm). These data were then used to construct three-dimensional maps of the five mountains and determine their respective heights. 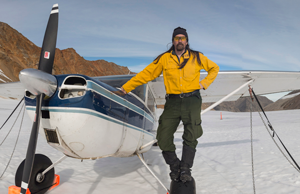 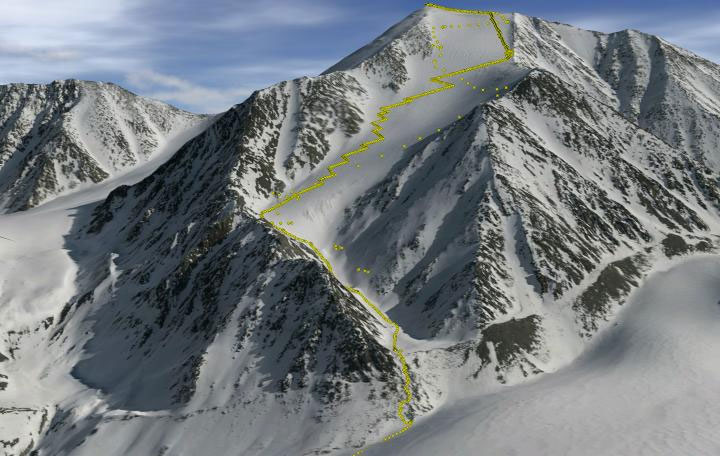 Older maps had the height of Mount Chamberlin listed at 9,020 feet (2,749.3 meters), but the new fodor data as well recent 2011 LIDAR data indicate that the mountain is approximately 104 to 121 feet (32 to 37 meters) smaller than the original estimates.

At least some loss of height could have been due to a large avalanche, the researchers say.

Given the high accuracy and cost-effectiveness of the new fodor technology, the authors are hoping that it will find widespread use in other Earth science applications. For example, fodor may be feasible to use to study floods and earthquakes. 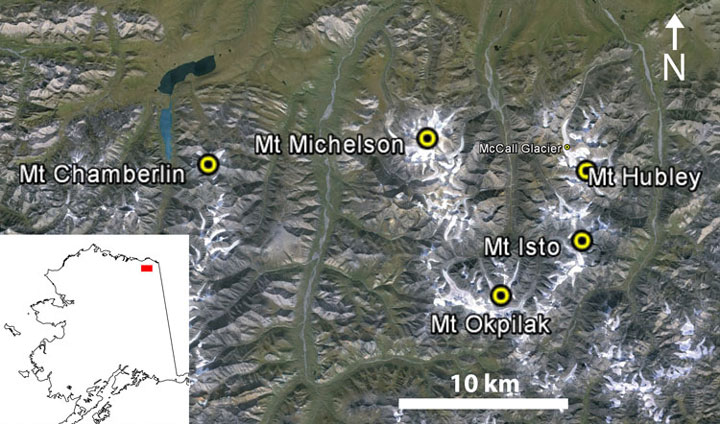 The five tallest peaks in the U.S. Arctic are located in the Arctic National Wildlife Refuge. Image was published in The Cryosphere.

Bottom line: An ongoing debate about which snow covered peak is taller — Mount Chamberlin or Mount Isto — has been settled. The taller peak is Mount Isto, which is now recognized as the tallest peak in the U.S. Arctic, according to a new study that was published in The Cryosphere in June, 2016.