Surprise! Some mantas are homebodies

Oceanic manta rays have long been thought to migrate great distances. But Indo-Pacific mantas, at least, are more local commuters than long-distance travelers. 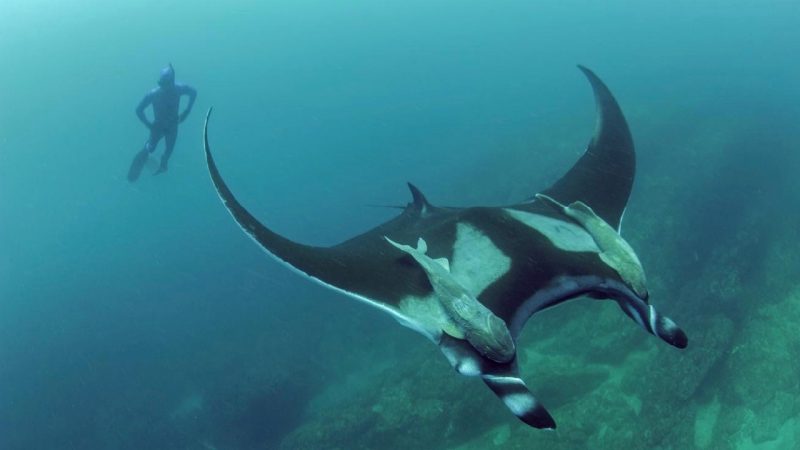 The graceful glides and flapping fins of enormous manta rays suggest oceanic journeys, and indeed mantas have long been thought to migrate long distances. Even this summer’s kiddie blockbuster – Finding Dory – features animated manta rays, moving far and fast in a great migration. But new research indicates that manta rays in the Indo-Pacific, at least, don’t wander far from their territories. These findings were published in the August, 2016 issue of the journal Biological Conservation.

Manta rays (Manta birostris) can reach a “wingspan” of 23 feet (7 meters). They can weigh nearly 3,000 pounds (1,350 kg) and have a lifespan of about 40 years. They’re found in the open ocean, particularly near seamounts and offshore islands. Manta rays are filter feeders, much as some whales are; they take in large volumes of sea water to strain out and consume zooplankton, tiny animals found near the ocean surface, for example, tiny crustaceans and free-floating larval forms of larger marine animals. 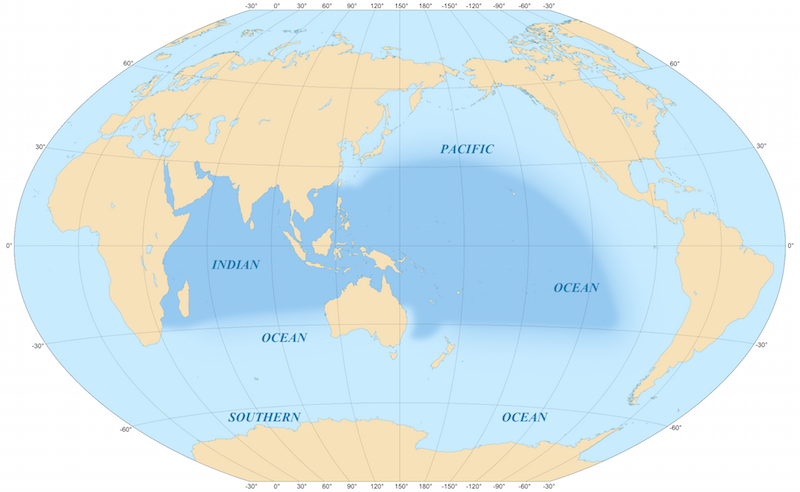 The Indo-Pacific region. Image via Eric Gaba via Wikimedia commons.

Joshua Stewart, a researcher at the Scripps Gulf of California Marine Program, led the team that studied manta rays at four different locations in the Indo-Pacific. These locations were separated by 373 to 8,078 miles (600 to 13,000 km).

At each location, the team tagged manta rays to follow their movements over a six-month period. Would mantas at one study location appear at the others? It seems the answer is … only sometimes.

Tagging an Oceanic Manta from Josh Stewart on Vimeo.

Stewart and his team discovered that the manta rays were not highly migratory. He said, in a statement:

These animals are showing a remarkable degree of ‘residency behavior’ compared to the migrations we were expecting. While mantas do make the occasional long-distance movement, it appears that the norm is to stay put.

And not just for a single year, or a single generation. The team also collected muscle tissue samples from some mantas at each location, in order to analyze them genetically and for stable isotope ratios. Genetic studies were used to better understand the relationship between mantas at each site. Stable isotope analysis of muscle tissue was used to determine the mantas’ feeding locations, since each regional food chain hold a unique signature of certain elements. Stewart said:

We found that these patterns of ‘residency’ [tending to stay in one location] remain true on multi-year and generational time scales, with both genetic and isotopic separation between populations.

He said the lack of a wanderlust among Indo-Pacific manta rays suggests that any one population of them is highly susceptible to fisheries and other human impacts. On the other hand, he said, local populations are more easily protected. 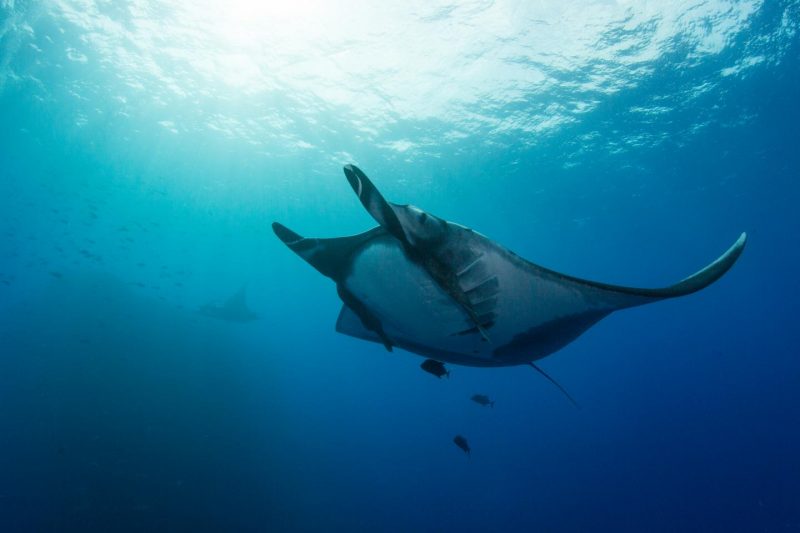 Manta rays are in decline across the globe due to overfishing. They’re targeted for their gill plates that are used in traditional Chinese medicine, and are caught in fisheries bycatch. Study co-author Calvin Beale of the Misool Manta Project, said:

The research we’ve conducted has shown that perhaps the most effective management strategies for oceanic manta rays will come from the local and national level.

In Indonesia, for instance, manta rays spend most of their lives in Indonesian waters, and are protected under the laws of that country. Beale said:

If more countries follow suit and protect their local manta populations, the outlook for the species may improve from the current downward trajectory.

In another study of manta rays, Stewart and his team tagged six mantas at the Revillagigedo Archipelago in Mexico. There, they discovered that diving depths of the tagged mantas varied by season, presumably in pursuit of their main prey, plankton. Stewart commented:

This additional study helps explain why the mantas may remain resident, unlike most other large marine animals. Rather than move horizontally over long distances to track specific prey items, it seems that oceanic mantas are quite flexible in their foraging behavior, perhaps allowing them stay put rather than migrate.

Bottom line: New research indicates that manta rays in the Indo-Pacific are not long-distance migrators, as previously thought, but mostly stay close to their home water.