Two Americans have become the first to free-climb Yosemite National Park’s Dawn Wall, which has been called the hardest rock climb in the world. 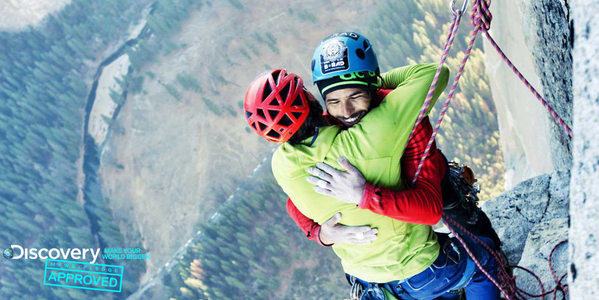 Two Americans on Wednesday (January 14, 2015) became the first to free-climb the Dawn Wall of El Capitan – sometimes called the hardest rock climb in the world – in Yosemite National Park. Thirty-six-year-old Tommy Caldwell and 30-year-old Kevin Jorgeson used ropes and safety harnesses during their climb, but otherwise used only their hands and feet to scale the 3,000-foot tall, half-mile long, granite face. The Washington Post described their ascent as grasping …

… cracks as thin as razor blades and as small as dimes.

It took Jorgeson and Caldwell 19 days to reach the top of the Dawn Wall. They had been attempting the climb together for the past seven years. The route consists of 31 pitches – that is, steep sections requiring a rope between two belays, or holds in the rock. Individual pitches at the Dawn wall are rated the most difficult in the world to climb (14d).

When not climbing, Jorgeson and Caldwell rested in portaledges, 4-foot-by-6-foot hanging cots with aluminum frames anchored to the rock wall more than 1,000-feet off the valley floor.

The two men dealt with constant falls and injuries. But they did it. 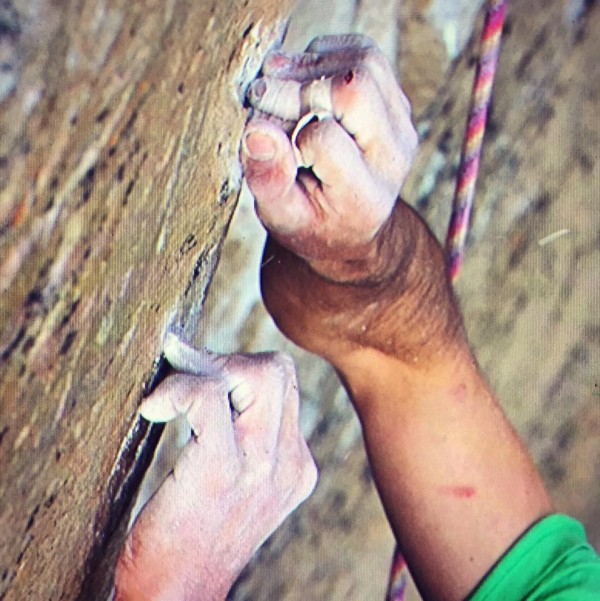 Kevin Jorgeson’s hands as he grasped at “cracks as thin as razor blades and as small as dimes.” Image via Kevin Jorgeson on Facebook. 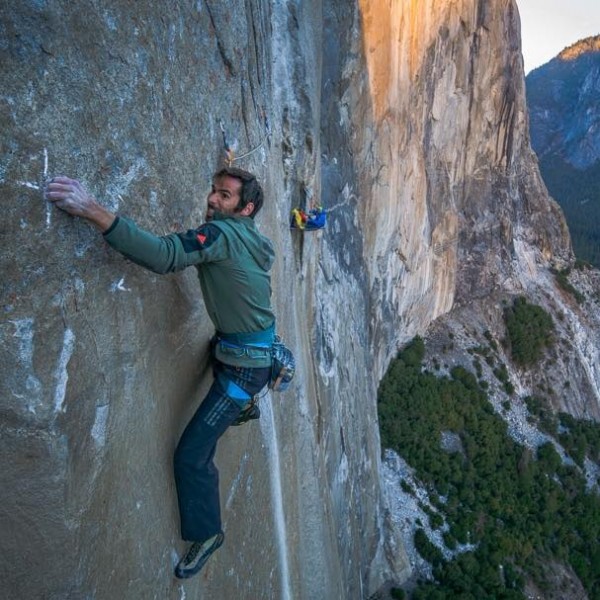 Bottom line: Tommy Caldwell and Kevin Jorgeson have become the first to free-climb Yosemite National Park’s Dawn Wall, which has been called the hardest rock climb in the world.