The study – from a self-confessed dog lover – counted cells in animals’ brains associated with thinking, planning and complex behavior.

According to a new study, dogs possess more brain power than cats. The study, published December 12, 2017 in the journal Frontiers in Neuroanatomy, counted the number of neurons or “little grey cells” in the cerebral cortexes of the brains of a number of animals, including cats and dogs. These cells are associated with thinking, planning and complex behavior – things considered hallmarks of intelligence. The study found that dogs possess significantly more of them than cats.

Suzana Herculano-Houzel, Associate Professor of Psychology and Biological Sciences at Vanderbilt University, developed the method for accurately measuring the number of neurons in animals’ brains. She said in a statement:

I believe the absolute number of neurons an animal has, especially in the cerebral cortex, determines the richness of their internal mental state and their ability to predict what is about to happen in their environment based on past experience.

In this study, we were interested in comparing different species of carnivorans to see how the numbers of neurons in their brains relate to the size of their brains, including a few favorite species including cats and dogs, lions and brown bears.

(Carnivora is a diverse order that consists of 280 species of mammals all of which have teeth and claws that allow them to eat other animals.)

Is it a surprise that Herculano-Houzel describes herself as a dog person? She commented:

I’m 100 percent a dog person. But, with that disclaimer, our findings mean to me that dogs have the biological capability of doing much more complex and flexible things with their lives than cats can. At the least, we now have some biology that people can factor into their discussions about who’s smarter, cats or dogs. 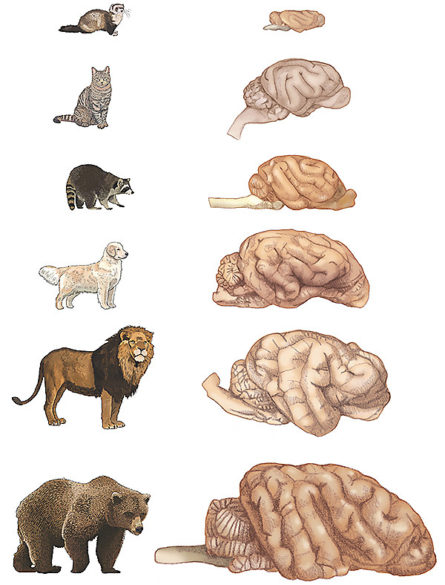 The researchers analyzed the brains of one or two specimens from each of eight carnivoran species: ferret, mongoose, raccoon, cat, dog, hyena, lion and brown bear.

They found that the brain of a golden retriever has more neurons than a hyena, lion or brown bear, even though the bigger predators have brains up to three times as large. The bear is an extreme example. Its brain is 10 times larger than a cat’s, but has about the same number of neurons.

The analysis also discovered that the raccoon was an outlier—on the brainy side: It packs the same number of cortical neurons as a dog into a brain the size of a cat’s. Herculano-Houzel said:

Raccoons are not your typical carnivoran. They have a fairly small brain but they have as many neurons as you would expect to find in a primate … and that’s a lot of neurons. 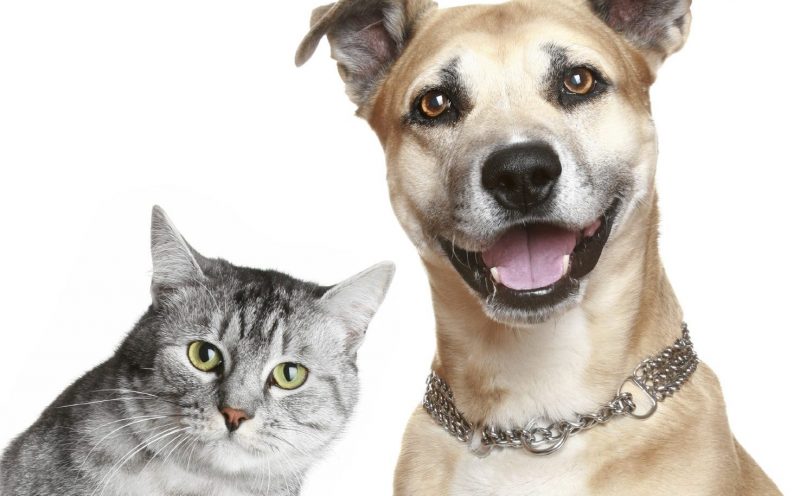 Bottom line: A new study that measures neurons in the brain says dogs are smarter than cats.