A study suggests that, by the late 21st century, temperatures in the Persian Gulf might routinely edge above a tipping point for human survival. Wealthy areas might be able to adapt, poorer areas less able, the authors say.

… a specific regional hotspot where climate change, in absence of significant mitigation, is likely to severely impact human habitability in the future.

The Persian Gulf region is especially vulnerable, the researchers say, because of a combination of low elevations, clear sky, water body that increases heat absorption, and the shallowness of the Persian Gulf itself, which produces high water temperatures that lead to strong evaporation and very high humidity.

Elfatih Eltahir, a professor of civil and environmental engineering at MIT, and Jeremy Pal of Loyola Marymount University conducted the study, which was published on October 26, 2015 in the journal Nature Climate Change.

The researchers ran high-resolution versions of standard climate models to learn that many major cities in the region – even in shaded and well-ventilated spaces – could begin routinely to exceed a tipping point for human survival.

Cities such as Doha, Qatar, Abu Dhabi, and Dubai in the United Arab Emirates, and Bandar Abbas in Iran, were among those mentioned in the study. 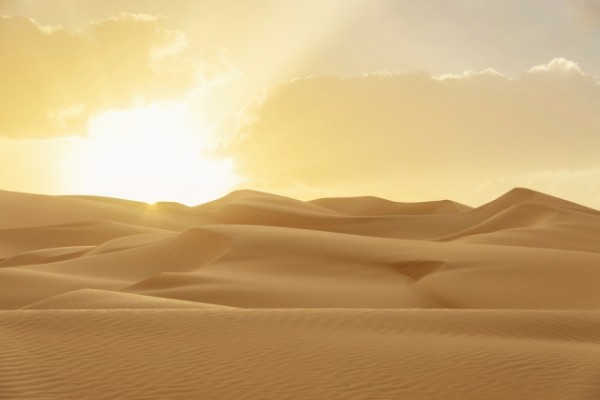 That tipping point involves a measurement called the wet-bulb temperature that combines temperature and humidity, reflecting conditions the human body could maintain without artificial cooling. That threshold for survival for more than six unprotected hours is 35 degrees Celsius, or about 95 degrees Fahrenheit, according to recently published research. (The equivalent number in the National Weather Service’s more commonly used “heat index” would be about 165 Fahrenheit, or 73 degrees Celsius).

This limit was almost reached this summer, at the end of a week-long heat wave in the Persian Gulf region. On July 31, the wet-bulb temperature in Bandahr Mashrahr, Iran, hit 34.6 C — just a fraction below the threshold, for an hour or less.

But the severe danger to human health and life occurs when such temperatures are sustained for several hours, Eltahir says. The models show that by the latter part of this century, major cities such as Doha, Qatar, Abu Dhabi, and Dubai in the United Arab Emirates, and Bandar Abbas, Iran, could exceed the 35 C threshold several times over a 30-year period. What’s more, Eltahir said:

Hot summer conditions that now occur once every 20 days or so will characterize the usual summer day in the future.

The research reveals details of a business-as-usual scenario for greenhouse gas emissions, but also shows that curbing emissions could forestall the deadly temperature extremes forecast by these scientists.

While the other side of the Arabian Peninsula, adjacent to the Red Sea, would see less extreme heat, the projections show that dangerous extremes are also likely there, reaching wet-bulb temperatures of 32 to 34 C. This could be a particular concern, the authors note, because the annual Hajj, or annual Islamic pilgrimage to Mecca — when as many as 2 million pilgrims take part in rituals that include standing outdoors for a full day of prayer — sometimes occurs during these hot months.

While many in the Persian Gulf’s wealthier states might be able to adapt to new climate extremes, poorer areas, such as Yemen, might be less able to cope with such extremes, the authors say.

Bottom line: An MIT study published October 26, 2015 in Nature Climate Change suggests that within this century, parts of the Persian Gulf region could be hit with unprecedented events of deadly heat as a result of climate change.