Smoky air makes it harder for thunderclouds to grow. But pollution – if it’s not too heavy – energizes their growth, according to a new study based on satellite data. 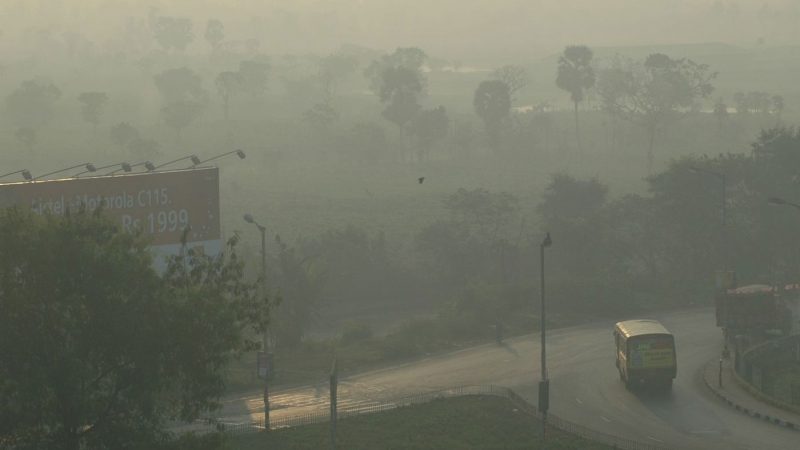 Both smoke and pollution put particles in the air, and clouds need these tiny airborne particles to form. But according to a new study, human-made pollution and smoke from fires don’t have the same effect on cloud formation.

The study, published September 24, 2018 in the peer-reviewed journal Nature Communications, looked specifically at deep convective clouds – tall clouds like thunderclouds. Thunderclouds form when warm air containing water vapor rises until it cools and starts to condense onto tiny particles in the air called aerosols. More about how clouds form here. The study found that that while smoky air makes it harder for these clouds to grow, pollution energizes their growth, but only if the pollution isn’t heavy. Extreme pollution is likely to shut down cloud growth.

The researchers analyzed five years of data from two NASA satellites – CALIPSO and CloudSat – that measure aerosols, such as air smoke, dust, pollution, volcanic ash, pollen and other microscopic particles. Clouds typically can’t form without some aerosols, because water vapor in the air doesn’t easily condense into liquid water or ice unless it comes in contact with an aerosol particle. But aerosols come in a wide range of sizes, colors, locations and other characteristics. All of these characteristics affect the way aerosols interact with clouds. Even the same type of aerosol may have different effects at different altitudes in the atmosphere or at different concentrations of particles. 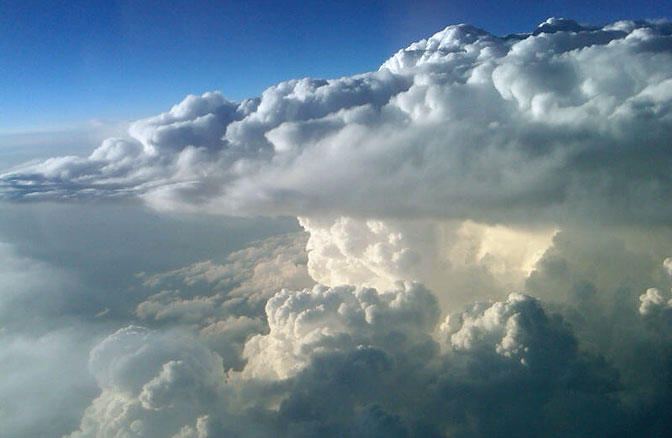 The study researchers wanted to know whether the aerosols found in pollution and those found in smoke had different effects on how thunderclouds grow. According to their analysis:

Human-pollutant aerosols like sulfates and nitrates, on the other hand, do not absorb much heat radiation. In moderate concentrations, they add more particles to the atmosphere for water to condense onto, enabling clouds to grow taller. If pollution is very heavy, however, the sheer number of particles in the sky blocks incoming sunlight – an effect often visible in the world’s most polluted cities. That cools the ground just as smoke aerosols do, inhibiting the formation of clouds.

Bottom line: According to a new study, human-made pollution and smoke from fires don’t have the same effect on thundercloud formation.