No tsunami warming, no apparent problems, from this 5.8-magnitude earthquake that struck in the ocean 281 miles west of Waldport, Oregon. 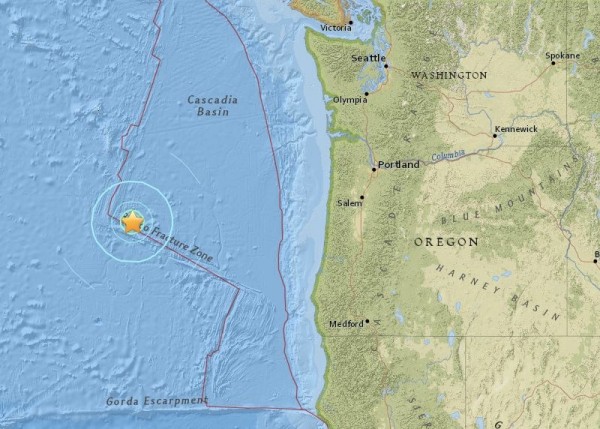 The U.S. Geological Survey (USGS) has reported a strong earthquake that struck off the Oregon coast last night (May 31-June 1, 2015). No tsunami warning was issued, and the quake did not appear to cause any problems. The 5.9-magnitude quake (originally reported as 5.8, but updated by USGS later in the day on June 1) struck in the ocean at 11:52 p.m. PDT at a depth of 6 miles (10 km).

Earthquake history of Oregon from USGS