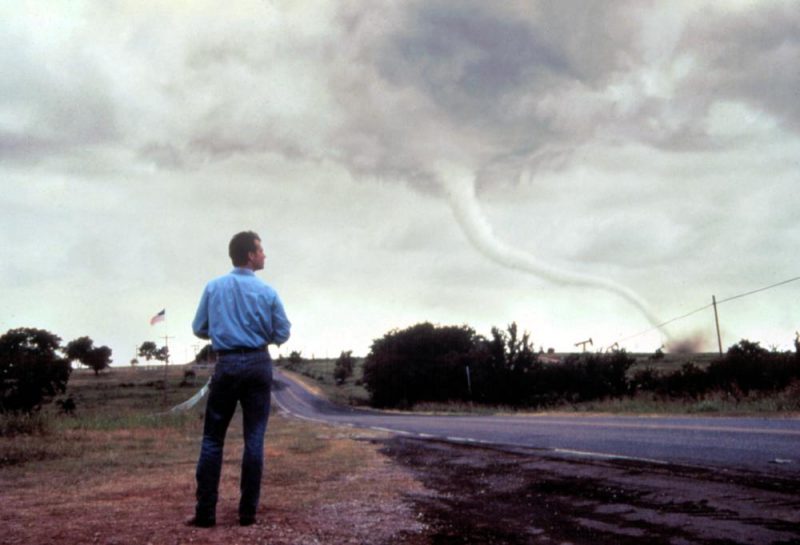 On Sunday afternoon (February 26, 2017), storm chasers in the United States’ infamous tornado alley paid tribute to film star Bill Paxton of the 1996 movie Twister, after news broke that the actor had died at age 61 following complications from heart surgery. Hundreds of storm chasers used their Spotter Network markers to make Paxton’s initials across parts of Kansas and Oklahoma.

Paxton went on from Twister to narrate the IMAX documentary Tornado Alley in 2011. A native Texan, it’s said he often spoke about his fascination with the weather phenomena.

Storm chasers putting together the most fitting tribute to Bill Paxton. The “B” is almost done while the “P” is taking shape. pic.twitter.com/VorpQ2eOFy

THIS IS AMAZING! Storm spotters are forming all over Oklahoma and Kansas to spell Bill Paxton's initials! @kfor #okwx pic.twitter.com/qDxvrm5VGw

Folks are getting their dots into position pic.twitter.com/vnq9rZNKY9