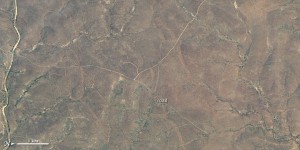 Kruger National Park in South Africa one year later, on August 20, 2011. This image acquired by NASA’s Earth Observing-1 (EO-1) satellite shows no effects of the prescribed fire a year earlier.

Thank you! Your submission has been received!
Oops! Something went wrong while submitting the form.
END_OF_DOCUMENT_TOKEN_TO_BE_REPLACED