Three ships had been headed toward the trapped Russian vessel. Two have now turned back, but a third is expected to reach the vessel late Sunday.

The group of 74 scientists, tourists and crew aboard a Russian ship stuck in ice off Antarctica is still stranded, although blizzard conditions that hit the ship earlier this week now appear to have eased. A Chinese icebreaker Snow Dragon attempted to reach the ship on Saturday (December 28, 2013), and came within six-and-a-half nautical miles of the stranded vessel, but then encountered ice so heavy it could not break through.

The Chinese vessel unfortunately encountered some heavy ice that it’s not capable of breaking through. The rescue… unfortunately has stalled.

The Russian ship has been icebound about 100 nautical miles east of the French base Dumont d’Urville since Tuesday, December 24.

Three vessels with icebreaking capability had been attempting to reach the stranded Russian ship. The Chinese icebreaker Snow Dragon had been expected to get there first, late Friday, but it had to turn back. The French icebreaker, L’Astrolabe, is now said to have been released by rescue authorities from having to continue with the mission around midday on Saturday.

Now only the Australian Antarctic Division’s Aurora Australis continues to head toward the trapped Russian ship. It’s not expected to reach the area until Sunday evening.

Those aboard the trapped ship are said to have plenty of supplies and remain comfortable at this time. 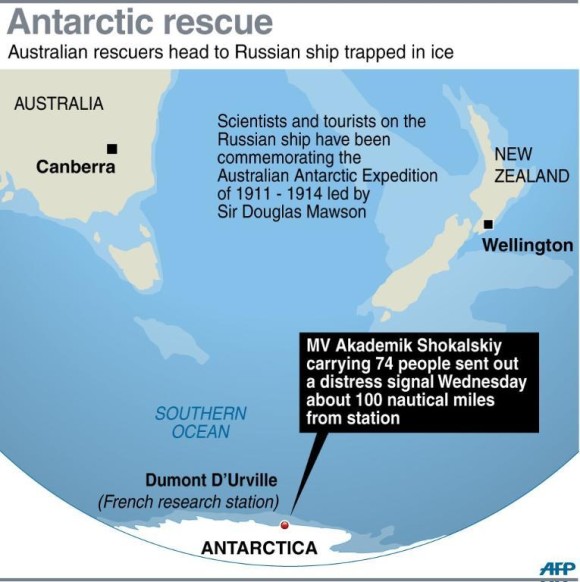 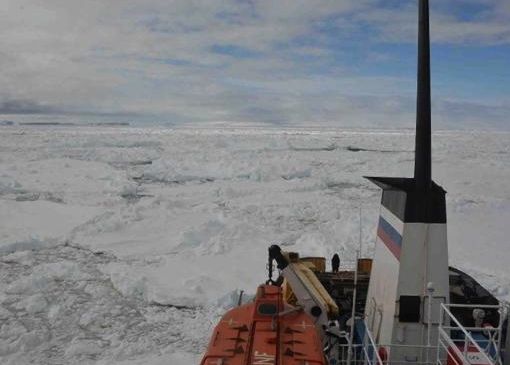