Swiss plane Solar Impulse 2 landed Monday in Muscat, Oman, the first stopover in the attempt to fly around the world powered by the sun alone. Follow the flight. 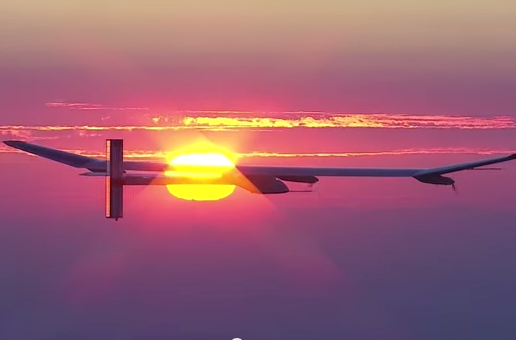 A Swiss plane called Solar Impulse 2 took off from Abu Dhabi, United Arab Emirates Monday morning (March 9, 2015) and later landed at its first stopover in Muscat, Oman. Solar Impulse 2 is the first plane to attempt to fly around the world without a drop of fuel, powered by the sun alone.

You can track the plane’s progress on the Solar Impulse website. 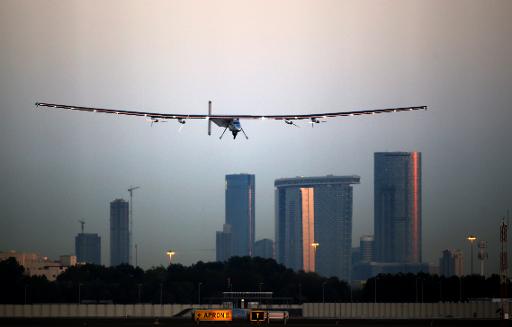 The Solar Impulse 2 is made of carbon fiber and has 17,248 solar cells built into the plane’s 236-foot (72-meter) wingspan. The solar cells recharge four lithium polymer batteries. Solar Impulse’s wingspan is larger than that of the Boeing 747, but the plane weighs only around 5,070 pounds (2300 kg) – about as much as a minivan.

On Tuesday, the plane will head for Ahmedabad, India, and after India, to China and Myanmar. The next leg is across the Pacific to land in Hawaii. Then it will head to Phoenix, Arizona, and New York City. The path across the Atlantic will depend on the weather and could include a stop in southern Europe or Morocco before ending in Abu Dhabi. 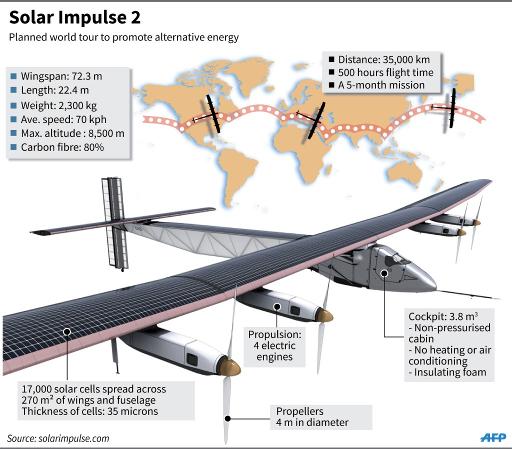 Bottom line: A Swiss plane called Solar Impulse 2 landed Monday in Muscat, Oman, the first stopover in the attempt to fly around the world powered by the sun alone. This post contains links that’ll let you follow the flight.