University of Georgia researchers used a Facebook page to determine the trajectories of tornado debris.

Two years ago today – on April 27, 2011 – a violent and deadly tornado outbreak in the U.S. Southeast killed 315 people and left 2,400 more injured. To help understand the trajectories of the debris from those tornadoes, a team of researchers at the University of Georgia has used information from social media to track where the debris started and where it ended up.

Their study was made possible by the fact that the April 27, 2011 tornado outbreak was among the most documented tornado outbreaks in history. Smartphones and social media were able to capture and communicate images and video of this historic daytime event. Local television stations in Huntsville and Birmingham, Alabama captured live tornadoes on their cameras as the event was developing.

What’s more, the tornadoes lofted debris into the air that rained down on cities hundreds of miles away. For instance, the approaching supercell that destroyed parts of Tuscaloosa, Alabama was raining debris into downtown Birmingham, as the storm was approaching from the west.

A large majority of the debris consisted of light objects such as family photos, and other invaluable items that cannot be replaced. This debris is what ultimately led to the University of Georgia study. 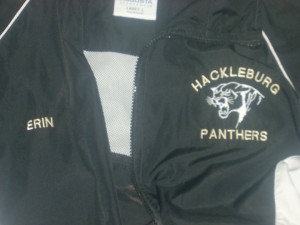 This wind breaker was one of the many items lofted in the air by strong and violent tornadoes on April 27, 2011. This item was eventually returned to the original owner. Image Credit: UGA/Knox et al.

The study had its roots in the work of Lester, Alabama resident Patty Bullion, who created a Facebook page titled Pictures and Documents found after the April 27, 2011 Tornadoes. Bullion’s original aim was to help tornado victims recover items they lost during the outbreak. Her Facebook page ultimately hosted posts related to some 1,700 lost-and-found objects. The public was invited to help identify pictures of their loved ones. Her facebook page was a major success, and her story was publicized through major news networks.

By using the information on Bullion’s Facebook page, the University of Georgia Atmospheric Sciences program was able to research the trajectories of where these items were located and were able to find that objects were lofted as far as 353 kilometers, exceeding the previous record for the longest documented tornado debris trajectory. 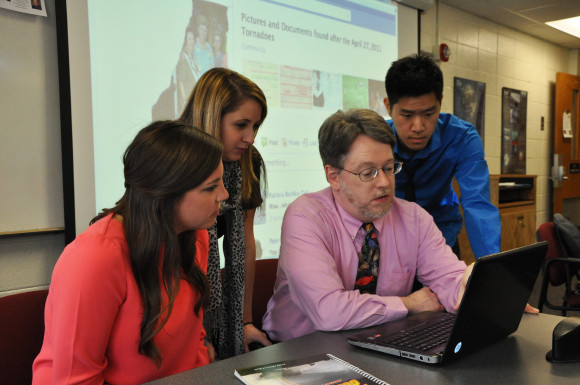 Before social media, studies on tornado debris have been based on small numbers of objects, from a few dozen to no more than 163 objects. Dr. John Knox, associate professor in Geography and Atmospheric Sciences, led the University of Georgia study. He thought he could use the information on Bullion’s Facebook page to investigate the beginning and ending paths of debris. Thanks to Bullion’s page, a team of undergraduates and graduate students at the University of Georgia, were able to gather 934 lost-and-found items to further understand how objects are transported by supercells, and how the flight trajectories of these objects relate to the background flow. 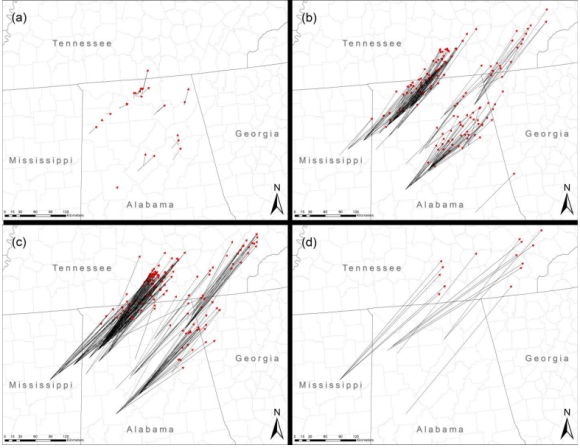 After determining where the items were originally located, and where they were found after being transported via tornadoes, the researchers recorded the latitude and longitude and were able to plot the path of the debris. The debris was classified into three groups based on weight. One group was classified as paper, which consisted of mostly photos or receipts. The other two categories included light objects (less than 0.45 kilograms or one pound) and heavy objects (greater than 0.45 kilograms).

One of the most fascinating results from their research included the identification of an object that traveled 353 kilometers (220 miles). That distance exceeds the previous record for the longest documented tornado debris trajectory. 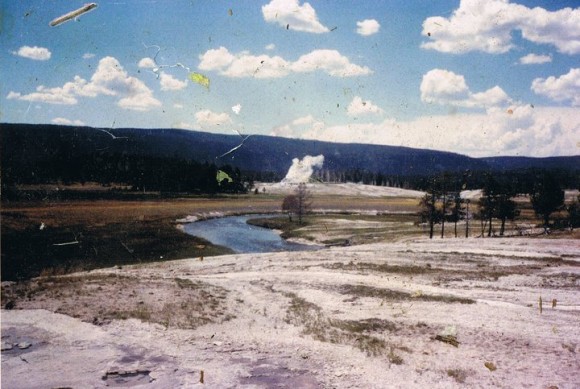 This photo was the longest traveled debris found in the researched conducted at the University of Georgia. It traveled for nearly 353 kilometers. Image Credit: Knox et al.

This research is one of the first studies to utilize social media in order to create a database for tornado studies. In addition to Dr. John Knox, UGA undergraduate students Jared Rackley, Michael Butler, Corey Dunn, Taylor Gallo, Melyssa Hunter, Lauren Lindsey, Minh Phan, Bobby Scroggs and Synne Brustad (who is now at the University of Oslo, Norway) participated. Doctoral student Alan Black and doctoral student Victor Gensini, who is now an assistant professor at the College of DuPage in Illinois, were also active in this research. 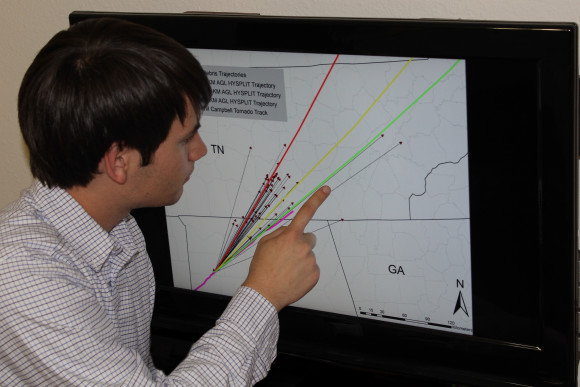 The undergraduates involved with the study came up with unique ideas to explore the tracks of the debris. Jared Rackley, senior undergraduate at the University of Georgia conceived of the idea of looking at the angles of the debris tracks in relation to the tornado and storm tracks. He said:

We were able to analyze the angles for the different trajectories, and found that the debris that traveled the longest distance tended to travel right of the mean tornado track, which has not been seen before. We think that this debris was lofted higher into the air and interacted with the main upper level winds that day, which would explain why that particular debris was found further to the right. It just shows you how powerful the storms were on April 27, 2011. 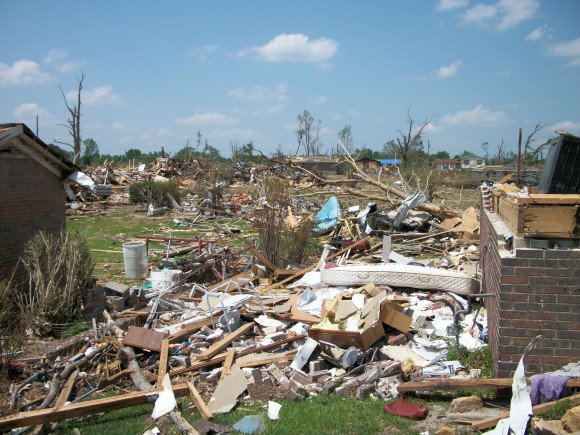 University of Georgia graduate student Michael Butler thought this research could open a new door to further understand the trajectories of tornado debris. In particular, he wondered how upgrades in radar technology could further improve this research. He said:

I would like to learn more about dual pol radar in general after doing this type of research. It was very useful for identifying how high the debris was initially lofted. Given the continuous advances in radar, I believe a similar study utilizing dual pol data in 10, or even five, years from now would revel even more interesting results.

Doctorate student Victor Gensini thought that gathering information for this particular event was probably one of the more fascinating aspects of this research. Gensini said:

I think the most interesting part of this particular research is using a popular social media engine to mine for scientific data and provide answers to questions we have previously been unable to answer.

Dr. John Knox was interested in this project because it struck close to home. He said:

This tornado outbreak was centered on my hometown of Birmingham, Alabama. I turned to my wife and I said, ‘Pam, we are about to watch the destruction of Birmingham.’ I repeatedly reminded the students of our obligation to respect the privacy of the owners of the debris objects and to honor the memories of those who died in the tornadoes.

Bottom line: The University of Georgia Atmospheric Sciences program consisting of undergraduates and graduate students, guided by associate professor Dr. John Knox, were able to use social media as a source of research to understand the trajectories of debris carried by the April 27, 2011 tornadoes in the U.S. Southeast. They found nearly 1,000 items that were lifted in the air by strong tornadoes (EF-3 to EF-5 strength), and found one photo to travel roughly 353 kilometers, which exceeds the previous record for the longest documented tornado debris trajectory. They also found that the longest trajectories traveled more to the right of the average tornado tracks, which shows that particular debris was lofted higher in the atmosphere because it interacted with the main upper level winds that occurred on that day.