These hot, dust-laden winds are known as “la calima” and happen most often in winter. They can blow at up to 75 mph (120 kph). The dust kicked up last weekend in Africa drifted over the Canary Islands, shutting down airports and stranding travelers. 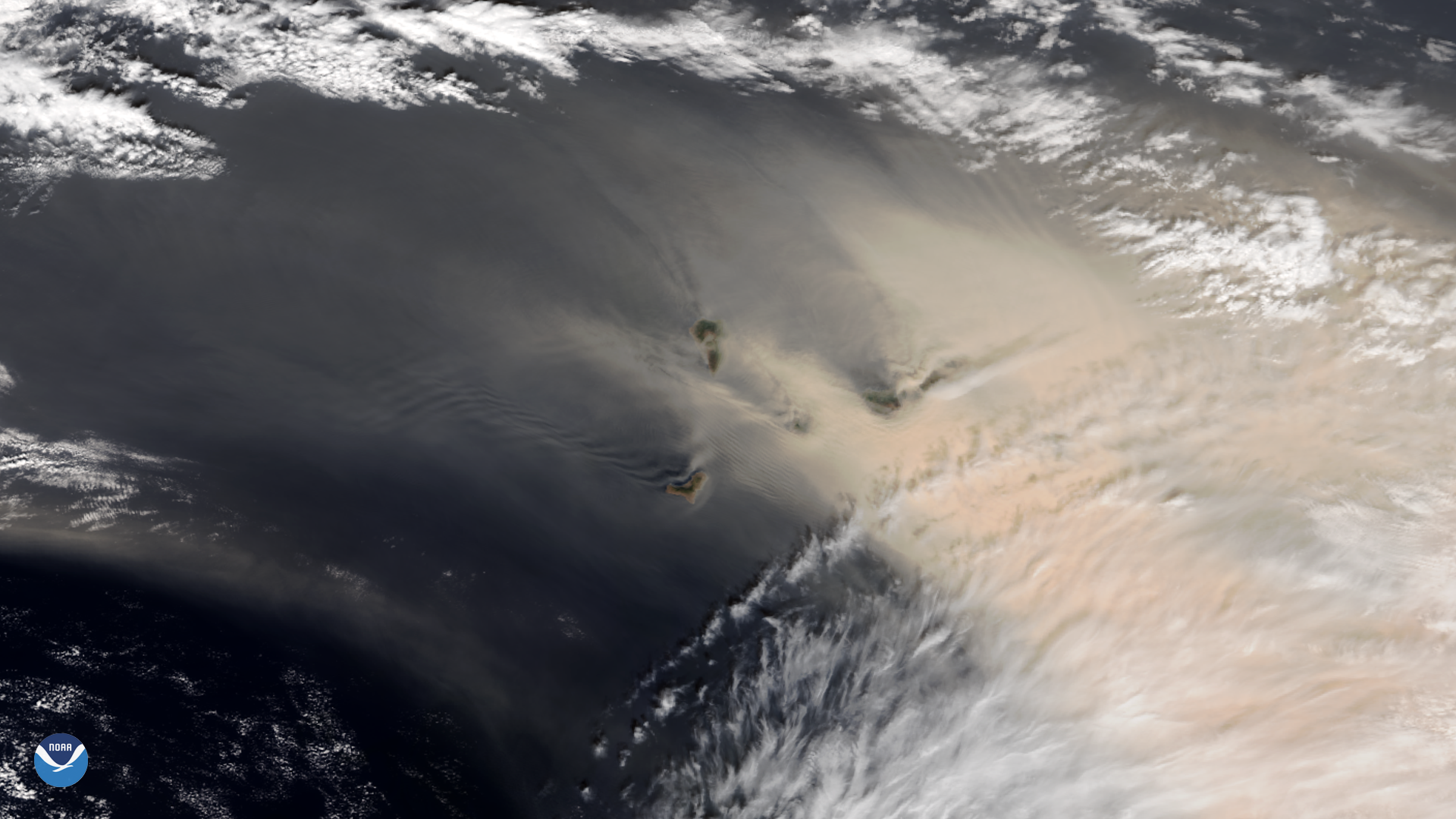 View larger. | The NOAA-20 satellite watched this sandstorm blow over the Canary Islands on February 23, 2020. What you’re seeing here is dust over the ocean. The dark spots toward the center of the image are the islands. The dust prevented planes from taking off; travelers were stranded over the weekend. By Monday, the dust had cleared somewhat, and many flights resumed, but people with breathing difficulties were advised to stay inside, with all doors and windows shut. Image via NOAA.

The National Oceanic and Atmospheric Administration (NOAA) released these dramatic images on Monday (February 24, 2020) – captured with the NOAA-20 satellite – showing a strong sandstorm that blew large amounts of reddish dust from the Sahara Desert in northern Africa over Spain’s Canary Islands. The islands are located in the Atlantic Ocean, off the coast of Morocco and Western Sahara. NOAA said:

The murky pall is making visibility extremely difficult, with the sky appearing orange in some places. As a result, more than 800 flights have been canceled or diverted to other airports, stranding hundreds of travelers …

Although conditions have improved today, February 24, and many flights have resumed, airport operator Aena tweeted that passengers should check the status of their flights, as travel may still be disrupted. People in the area, especially those with breathing difficulties, have also been advised to stay inside and keep all doors and windows shut. 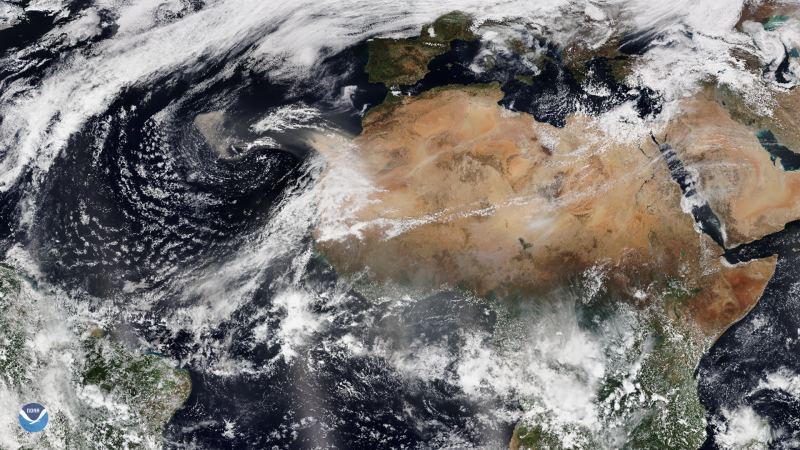 The NOAA-20 satellite captured this image of the Sahara Desert, the brown area stretching across northern Africa, sending a large dust plume that blanketed the Canary Islands on February 23, 2020. Image via NOAA.

GOES-East captured this view of dust swirling past the Canary Islands and into the Atlantic Ocean on Feb. 24, 2020. Image via NOAA.

Bottom line: Satellite images of dust from the Sahara Desert blowing over the Canary Islands.